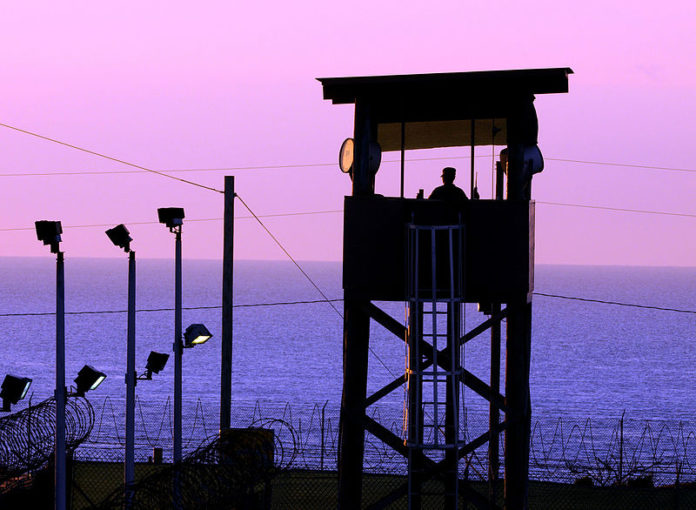 For 20 years, alleged USS Cole bombing mastermind Abd Al-Rahim Al-Nashiri has been waiting for his day in court, but the Guantanamo Bay military tribunal system set up after 9/11 has suffered yet another blow after a federal court deemed the judge presiding over the case of not acting in an impartial manner.

Air Force Colonel Vance Spath presided over the military tribunal, but submitted an application to the Justice Department to serve as an immigration judge without disclosing his intent to Al-Nashiri and his defense when he stopped the court proceeding to take on his new job back in the United States.

On Tuesday, the D.C. Circuit Court of Appeals blasted Spath in a ruling in Al-Nashiri’s favor.

“Criminal justice is a shared responsibility,” he continued. “Yet in this case, save for Al-Nashiri’s defense counsel, all elements of the military commission system—from the prosecution team to the Justice Department to the [Court of Military Commission Review] to the judge himself—failed to live up to that responsibility. And we cannot dismiss Spath’s lapse as a one-time aberration, as Al-Nashiri’s is not the first meritorious request for recusal that our court has considered with respect to military commission proceedings.”

“In no proceeding is the need for an impartial judge more acute than one that may end in death,” Tatel concluded. “Surely the public’s interest in efficient justice is no greater than its interest in impartial justice. Any institution that wields the government’s power to deny life and liberty must do so fairly, as the public’s ultimate objective is not in securing a conviction but in achieving a just outcome.”

The ruling will void about 460 written orders Spath issued as well as an untold number of oral rulings, including rulings he issued against defense attorneys who attempted to withdraw from the case over ethics concerns.

“It is a disgrace that it had to come to this,” Al-Nashiri’s lawyers Michael Paradis said after the ruling. “These are basic rules of judicial ethics. They were violated for years. They were violated in secret. And no one within the military commission system did anything even after they came to light. Things like this would never have happened in a federal court, let alone festered for years as they have.”

Indeed, the Constitution guarantees the right to a speedy trial, which Al-Nashiri has been denied for two decades. Despite being the alleged main suspect in a bombing that killed 17 United States Navy sailors, our government and military have refused to let Al-Nashiri stand court here, instead torturing him and leaving him to languish in CIA black sites before locking him in Guantanamo Bay indefinitely even though he has not been found guilty of anything he has been accused of doing.

Americans should be outraged by this injustice and the fact that these military tribunals are delaying justice to victims. The people locked away in Guantanamo Bay should be tried here and let go if they are found innocent. If the government is so confident in their cases against these prisoners, it shouldn’t be a problem for them to bring the case in a legitimate court of law. But many of these people have been imprisoned for so long that it gets more and more difficult to handle their cases. This is the mess former President George W. Bush left our country with, among many others, when he left office ten years ago and it will be a stain against our nation for decades to come.