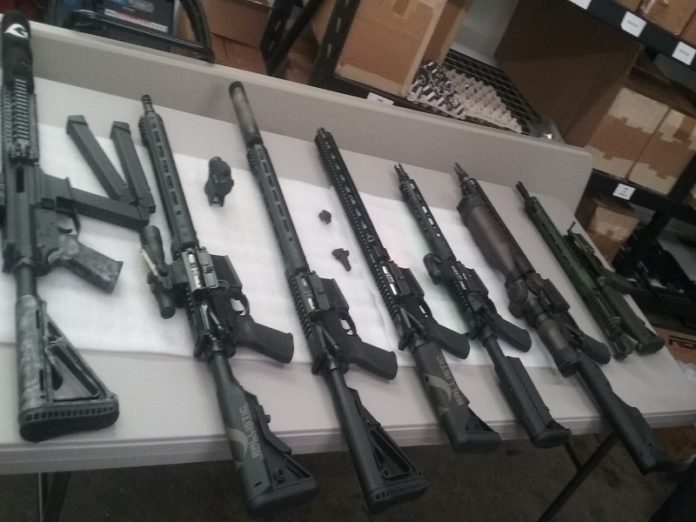 From their constant votes against sensible gun reform and all the buckets of cash they accept from the murderous National Rifle Association, it’s very clear that Republicans are the party of gun-toting nut jobs.

But it’s important to note that there exist some gun-toting Democratic lawmakers whose heads are also up the ass of the NRA.

Senator Manchin said that he refuses to support a ban on AR-15s. Manchin’s reasoning is insanely stupid. According to a sitting U.S. Senator with the power to send your kids to war, Congress shouldn’t ban military-grade guns because none of his friends who own a semi-automatic rifle have ever broken the law with it.

Manchin, notorious for being one of the most conservative Democratic lawmakers in Congress, was asked about banning AR-15s following Dick’s Sporting Goods’ decision to stop selling assault-style weapons.

“I don’t own an AR-15, nor do I have a need to buy one. I have a lot of friends that own them and they are not committing crimes, they bought them because they could

I have many friends who own cars and aren’t running anyone over with them, but they usually need to register them and carry some sort of insurance.

Manchin would embarrass himself further:

“They’re sold now legally, I’m not going to weigh in on that at this point in time. I don’t have a desire to buy one, I don’t own one. I have a lot of friends that have sports cars, 200 mph on the speedometer, do you think they’re going to go 200? But they think they can or it will if they wanted to. That is a difficult one, there is not enough votes to repeal that.”

Even if Manchin doesn’t have any pals that go on killing sprees, the fact remains that AR-15s have been used in all of America’s most tragic gun shootings.