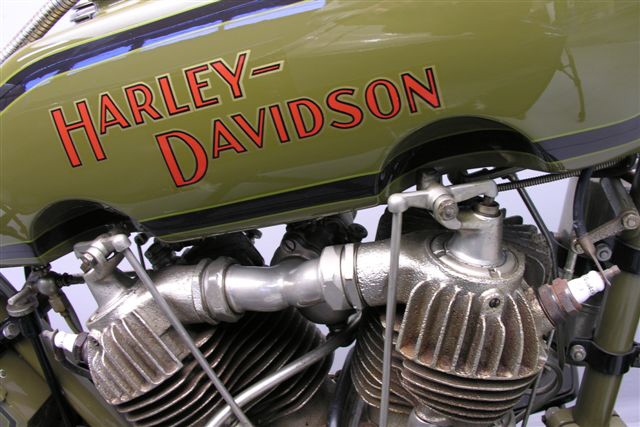 President Donald Trump’s tariffs, which he claimed are meant to help American companies, just crippled one of the most iconic “Made in America” brands of all time as Harley-Davidson reports massive profit losses in the last quarter of 2018.

The American motorcycle giant announced over the summer last year that Trump’s trade wars with China, Canada, Mexico and the European Union over steel and aluminum had forced the company to lay-off workers and move production overseas, resulting in Trump attacking the company and threatening to help Harley-Davidson’s foreign competitors.

Now that Harley-Davidson is moving part of its operation out of the U.S., my Administration is working with other Motor Cycle companies who want to move into the U.S. Harley customers are not happy with their move – sales are down 7% in 2017. The U.S. is where the Action is!

Trump berated Harley Davidson’s decision, but it’s now clear that the company was right to blame Trump’s tariffs and begin moving production overseas in a desperate effort to survive them because the tariffs have resulted in devastating profit losses in the fourth quarter that threaten to sink it.

According to a Bloomberg report:

Harley Davidson Inc. barely broke even in the last quarter of a year in which the struggling American icon got caught up in President Donald Trump’s trade wars. The motorcycle maker’s shares plunged the most in a year.

Earnings per share on a GAAP basis were zero in the fourth quarter, the Milwaukee-based manufacturer said in a statement Tuesday. Excluding restructuring and tariff costs, profit was 17 cents a share, missing analysts’ average estimate for 29 cents.

As Trump’s tariffs continue, it’s hard to see how the company can remain in the United States because increased steel and aluminum prices have cause manufacturing costs to rise. Short of passing on these costs to consumers, Harley-Davidson is forced to cut production costs instead, which means jobs will be lost in multiple states.

And Harley-Davidson isn’t the only American manufacturing company the tariffs have threatened since Trump first enacted them.

A plant in Iowa recently went belly-up despite an employee begging Trump intervene to save it.

And several companies in Michigan are struggling to remain in operation as well, leading even one Trump supporting businessman to slam the tariffs and consider moving production to Mexico.

Wisconsin, Iowa and Michigan all voted for Trump in 2016.

In short, Trump’s trade wars aren’t helping America “win.” They are only causing us to lose while weakening our alliances and contributing to another economic recession that could be worse than the one in 2008.

Harley-Davidson is a uniquely American company founded in Wisconsin in 1903. It should have been able to stay here and employ thousands across the country. But because of Trump, it looks like it will either go out of business or establish itself in other countries to stay alive. Trump killed a “Made in America” company. That’s his legacy, and Americans are the ones paying the price.