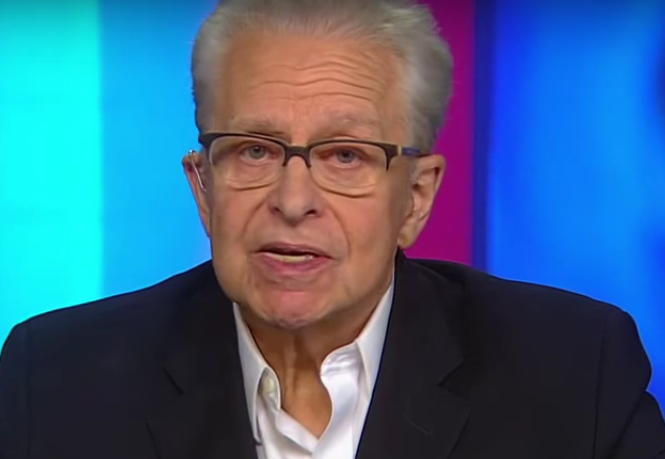 Special Counsel Robert Mueller wrote a damning letter to Attorney General Bill Barr objecting to the way he presented his final report on the Russia investigation, drawing immediate calls for him to testify to Congress and for Barr to resign or be impeached, including from Harvard law professor Laurence Tribe.

Barr’s summary letter of the Mueller report was a pathetic joke and his press conference prior to releasing a redacted version of the report was just as bad as he sought to downplay Trump’s crimes, including ten instances of obstruction.

In a bombshell letter to Barr that changes everything, Mueller criticized how Barr portrayed the report.

“The summary letter the Department sent to Congress and released to the public late in the afternoon of March 24 did not fully capture the context, nature, and substance of this office’s work and conclusions,” Mueller wrote. “There is now public confusion about critical aspects of the results of our investigation. This threatens to undermine a central purpose for which the Department appointed the Special Counsel: to assure full public confidence in the outcome of the investigations.”

Indeed, Barr’s letter hijacked the narrative by casting doubt on Mueller’s conclusions and has only further divided the nation by twisting the truth in Trump’s favor when the fact of the matter is that the report is far more damaging to Trump than Barr admitted.

Instead of doing his job as Attorney General, Barr acted as Trump’s personal lawyer and protector by lying to the American people and covering up the real extent of the report’s findings.

Laurence Tribe responded to Mueller’s reaction by demanding Barr’s resignation on Twitter and called for him to be impeached if he refuses.

EXPLOSIVE NEWS: Mueller says AG Barr misrepresented the “context, nature & substance” of his probe. What else is there? Barr is a total disgrace and a phony. He must now testify under @RepJerryNadler’s rules, then resign. Mueller must now testify as well. This is a new ballgame.

AG Barr flat-out LIED to the American people about the Mueller report’s incrimination of President Trump. He’s been outed as a total fraud. We can’t let Barr — or Trump — get away with such gross abuse of power. Barr must be impeached if he doesn’t resign first.

Tribe then called out Trump’s massive corruption and called upon Mueller to reign at once so he can testify to Congress as soon as possible because the Justice Department is currently keeping him from doing so because he is still employed there.

Trump is now defying both Congress’ power of the purse (by declaring a phony emergency) and Congress’ power to investigate (by stonewalling and using the AG to mislead Congress over the Mueller report). The case for impeachment grows stronger by the hour.

If DOJ keeps trying to stall Mueller’s testimony before @RepJerryNadler’s Judiciary Committee, Mueller should resign from DOJ more quickly than planned — like TOMORROW — so he gets out from under Barr’s dirty thumb and is free to tell Congress the whole truth without delay.

Clearly, Barr has been in the tank for Trump from the beginning and Mueller had every reason to file a complaint about the way he handled the report’s findings. The Attorney General is supposed to uphold justice and work for the American people, not the president. But Barr has been caught red-handed and he needs to resign in disgrace and be held accountable for covering for a corrupt president who should be impeached and prosecuted to the fullest extent of the law.