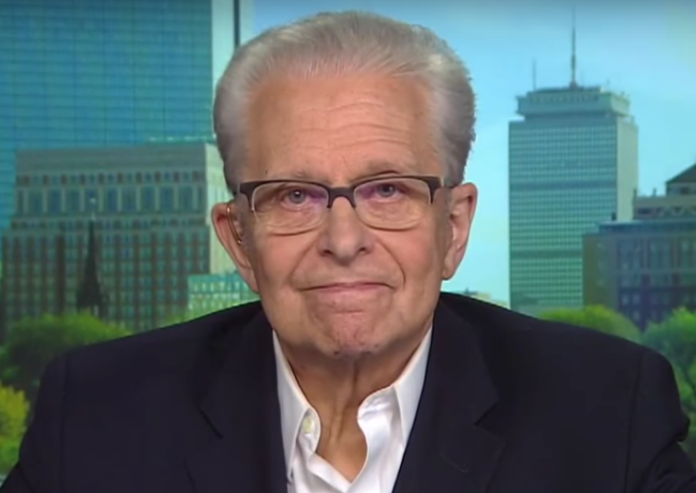 Trump made the announcement on Wednesday just a day after Democrats won majority control of the House on Election Day.

Upon taking over, Whitaker undermined Deputy Attorney General Rod Rosenstein by seizing control of the Russia investigation overseen by Special Counsel Robert Mueller despite having repeatedly shown bias against the probe from the beginning.

Tribe pointed out on Twitter that Whitaker must recuse or be charged with conspiring with Trump to obstruct justice:

Whitaker = whitewash. He has clearly prejudged the case and is Trump’s tool. Unless he recuses at once and puts Rosenstein back in charge of Mueller’s probe, he’s conspiring with POTUS to obstruct justice, an impeachable offense. https://t.co/SGFz7IOTAW

More evidence that Trump picked Whitaker to trim Mueller’s sails and cover up any report. If Whitaker goes along, he’s conspiring with Trump to obstruct justice. https://t.co/wkXBIbNWaO

Whitaker revealed his likely MO over a year ago. He was auditioning for the job of Trump’s fixer — the Roy Cohn he always wanted as AG. https://t.co/EehGBb4f14

Yet another reason Whitaker must recuse — that, or accept the role of co-conspirator with Trump and Trump Jr in criminal obstruction of justice. https://t.co/2gArdzNHvk

Tribe also explained that replacing Sessions with Whitaker, who was not confirmed to his role as chief of staff by the Senate, is against the law, especially since Sessions was clearly fired by Trump:

In addition, putting a mere staffer in the role of Attorney General — not to meet a temporary emergency but to oversee a special counsel’s ongoing probe of Russia’s attack on our presidential election — is inconsistent with the Appointments Clause of Art. II of the Constitution.

The Vacancy Reform Act bars Trump’s installation of the unconfirmed Matt Whitaker to act as attorney general to control Robert Mueller unless Sessions truly “resigned” rather than being fired. A federal district court could be asked to see through the ruse and hold he was fired.

So, the appointment not only violates the Constitution, it violates a federal law passed in 1998.

Sessions was asked to resign and was forced out when he requested to stay on until the end of the week. Basically, he was fired.

Furthermore, Trump’s appointment of Whitaker undermines the line of succession since Deputy Attorney General Rod Rosenstein is the next in line to take over as Acting Attorney General. Rosenstein was also confirmed by the Senate to his position, which means Trump is undermining the Senate as well.

Clearly, the federal courts need to step in and block Trump’s action. He is openly obstructing justice by handing the Justice Department to a mere staffer, and one who has demonstrated open hostility towards the Mueller probe. This is unacceptable.