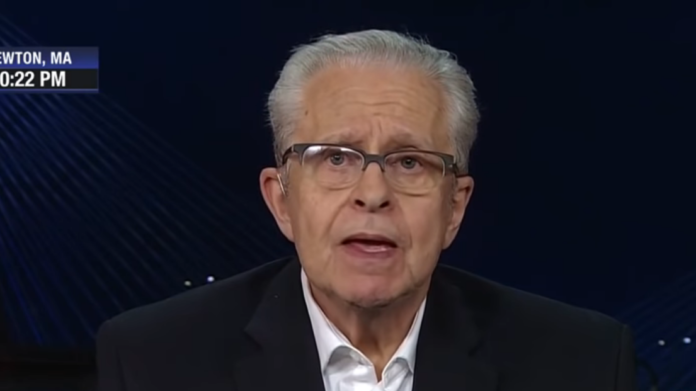 Tribe, who has has argued 36 cases before the United States Supreme Court, is currently representing the county of El Paso, Texas, which is seeking an injunction to block Trump’s declaration of a national emergency so he can build his long-promised wall on the U.S.-Mexico border, was a guest on MSNBC’s “The Last Word” Thursday evening. He was asked by host Lawrence O’Donnell:

“Professor Tribe, in your long experience at the law, in so many important cases and cases you’ve taken to the United States Supreme Court, have you ever been on the opposite side of a litigant who was so helpful to your case in public comments that you could then simply type them right into your brief to support your position?”

“Honestly, I have never had an opponent who was quite as helpful.”

The Harvard professor, who is currently in his fifth decade of teaching at the prestigious law school, then added:

Later in the discussion, Tribe openly mocked the president for making his case for him:

“But I really think that we do need to thank him for being as obvious as he is about the absence of any emergency and about the fact that he is simply trying to do what emperors and kings do, not what a president of the United States should do.”

Just last week, when he announced his national emergency declaration in the White House Rose Garden, Trump completely undercut his assertion that there was an emergency, telling reporters:

“I want to do it faster. I could do the wall over a longer period of time. I didn’t need to do this, but I’d rather do it much faster.”

“I could do the wall over a longer period of time. I didn’t need to do this, but I’d rather do it much faster,” President Trump to @PeterAlexander on national emergency declaration to secure funding for border wall. https://t.co/bmuewGdv83 pic.twitter.com/8VwyqyZy7H

“I didn’t need to do this, but I’d rather to do it much faster.” —President @realDonaldTrump

Mr. President, how can this possibly be an national emergency if you’re saying you don’t need to do it?