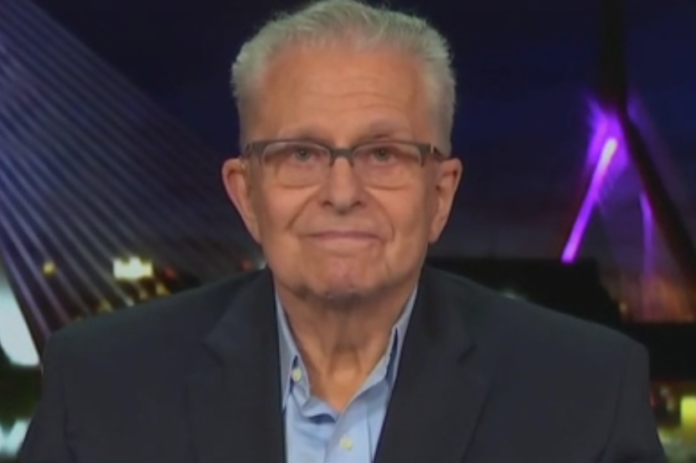 Trump recently challenged a subpoena issued by House Democrats for his financial records from the accounting firm Mazars USA.

Federal Judge Amit Mehta saw no reason to block the subpoena and ruled against Trump.

The lawsuit now heads to the DC Circuit, where Judge Merrick Garland presides.

On Tuesday night, during an interview with Lawrence O’Donnell, Tribe said he expects the subpoena will be easily upheld by the DC Circuit Court and will then go to the full Supreme Court, which he predicted will unanimously support the subpoena because any vote otherwise by a conservative justice would be a vote against the Constitution and our systems of checks and balances in a clear effort to protect a corrupt president.

“Well, that decision by Judge Mehta — very carefully written 41-page opinion that was delivered just seven days after the argument — is on a rocket straight up to the Supreme Court,” Tribe began. “There’s no doubt that that decision that he rendered saying that the subpoena to the president’s accounting firm must be obeyed is going to be upheld by the DC Circuit. There’s no serious legal argument to the contrary.”

“When it gets to the Supreme Court, I would expect that all nine justices — and I mean all nine — would follow the law,” Tribe continued. “This is not a close case, it’s not rocket science. So the president’s attempt to stonewall Congress by preventing those who have the critical financial records from turning them over is going to fail. And all of the precedents point to a clear conclusion, the jig is up.”

It is established legal precedent that Congress has the power to subpoena records that are pertinent to investigations of presidential misconduct. The Supreme Court unanimously ruled against a similar effort to block congressional subpoenas by former President Richard Nixon. That ruling ultimately forced Nixon to resign. Clearly, Trump has something he is desperately trying to hide and is hoping the high court will help him hide it by overturning established legal and constitutional precedent.

If the conservative judges on the court truly believe in the rule of law, they will rule against Trump. Any ruling otherwise will only reveal them as Trump shills who have no business being on the bench.