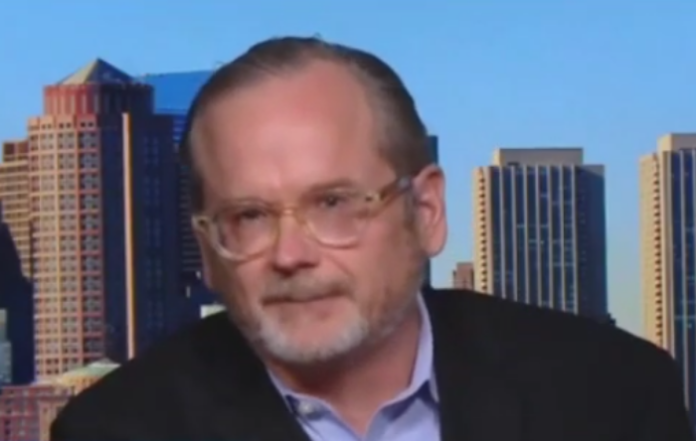 Trump has been threatening to declare a national emergency over border security so that he can build his wall without approval from Congress using funding earmarked for other departments such as the Pentagon. The problem is that such an action would be unconstitutional and would likely be immediately challenged in court, thus blocking him from doing it.

During an appearance on MSNBC on Sunday, Lessig said that Trump’s musing about declaring a national emergency has “no connection to reality” and that Democrats would win in court because only Congress can allocate funds to build the wall.

“Constitutionally, he would not have the power to do wants he wants to do. The question is, under these statutes whether had could create enough uncertainty to be able to dislodge the presumption, the very strong presumption, that building a wall on the border requires an act by Congress, which he’s just not going to get,” Lessig said in reference to guidelines about when a president can appropriately declare a national emergency.

But Lessig believes the real national emergency is Trump, not the border.

“I think, ultimately, he has no constitutional authority to exercise the power to build without Congress’ approval,” he concluded. “And these statutes were certainly not written with the intent to give a man like Donald Trump the power that he is now claiming.”

Indeed, Truman tried to declare a national emergency in 1952 to federalize the steel industry to stop a strike during the Korean War. But the Supreme Court rejected his action because even though steel is a major resource necessary during wartime, the president just can’t declare an emergency to get production rolling again. Clearly, the situation must be truly dire to use emergency powers.

Trump is literally threatening to declare a national emergency to build a wall that isn’t even necessary to secure the border, a border even he has claimed is “tight.”

And that’s an example of how Trump’s tweets will be used against him in court to prove that there’s no reason to declare a national emergency.