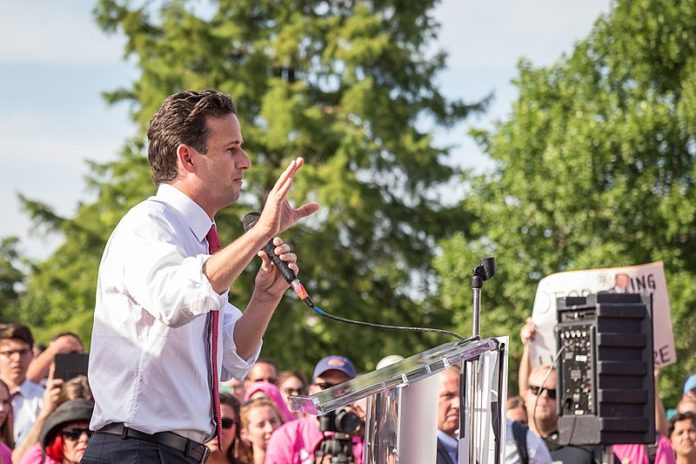 In the wake of yet another white extremist committing a mass shooting, Senator Brian Schatz (D-Hawaii) expressed shock and condolences before using three simple sentences to explain why America has so many mass shootings.

Twenty people are dead after a white man went on a shooting rampage at a Walmart in El Paso, Texas on Saturday before law enforcement took him into custody alive.

In his manifesto, the shooter allegedly goes on a racist anti-immigrant rant, according to NBC News reporter Ben Collins.

“It’s a wildly anti-immigrant manifesto,” Collins said. “It’s three pages of hatred against immigrants and people, you know, view it basically as invaders to the United States where they believe — and people generally on this extremist forum where these people get radicalized — believe that there is only so much space or only so many jobs in this country and it’s being replaced by Mexican immigrants, and in his case, he also believed in automation. So it is a racist and anti-immigrant manifesto that was posted on a site known exclusively for that.”

Collins went on to point out that the manifesto was posted on 8Chan, a website often utilized by white nationalists. Its sister site 4Chan is also used the same way and both have body counts attached to them now.

Damnit. There’s no reason we have to allow this to happen anymore other than our stupid politics. We can fix this. I’m just so sorry.

He then called upon Americans to help solve our gun violence problem by voting in the 2020 Senate races with the goal of ousting Republicans who have been refusing to pass a background checks bill passed by the House earlier this year.

If you are pissed off. If you are sad. If you are disgusted. If you feel guilty. If you don’t know what to do. If you want to help. PICK. A. SENATE. RACE.

Schatz then summed up the three problems America has that equal a deadly recipe for mass shootings.

He concluded by pointing out that Republicans also cut funding meant to combat domestic extremism.

Your Republican government cut funding for a program called CVE – Countering Violent Extremism. They re-allocated the money from white domestic extremism and focused totally on foreign, middle eastern, Muslim extremism. They did so contrary to the data.

Clearly, Trump’s racism combined with the Republican sabotage of programs that are supposed to help prevent these kinds of shootings and our weak gun laws are resulting in people dying. There’s been far too much death. We just witnessed a shooting at a garlic festival in California and now we have to deal with another in Texas. And if that isn’t enough to scare Americans into demanding action and taking to the polls to vote for change, just remember that school is still out for the summer, but our kids will be going back later this year and schools very well likely could have been the targets had class been in session.