For some unknown reason, the verified Twitter account for the GOP decided it’d be a good idea to try and post an unusual meme Monday evening, around the same time President Donald Trump was holding a pro-border wall rally in El Paso, Texas:

“Stronger Together” just so happens to have been the slogan for the 2016 presidential campaign of Hillary Clinton, as you can clearly see from this photo: 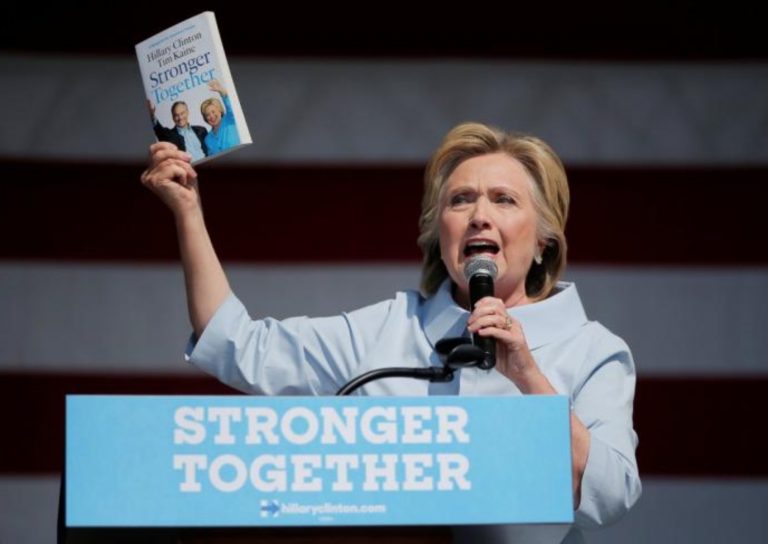 Trump, of course, along with his GOP enablers, frequently attacks Clinton, even though she’s no longer a candidate. It’s almost like they’re jealous of the fact that she’s stable, brilliant, accomplished, and diplomatic.

On Tuesday, Clinton responded to the lifting of her 2016 slogan with perfect wit and wisdom:

Boom! That’s how you expertly put a thief in their place.

It’s also worth taking a look at some of the other replies the GOP got from their willful appropriation:

Good to see you are following Hillary Rodham Clinton.
Stealing & plagiarism is so typical of Republicans. #nevervoterepublican

It’s bad enough you steal Hillary’s campaign slogan, but then you overlay it with a Hitler salute? Go to hell.

Well he stole her presidency. Might as well steal her slogan too

I feel as if I’ve seen this before. pic.twitter.com/3T3K3TWTwt

It’s not a parody account, it’s a parody party.

Scared, are ya? The #gop isn’t growing stronger and nothing is “together”. Nice try, though! #exgop #CountryOverParty