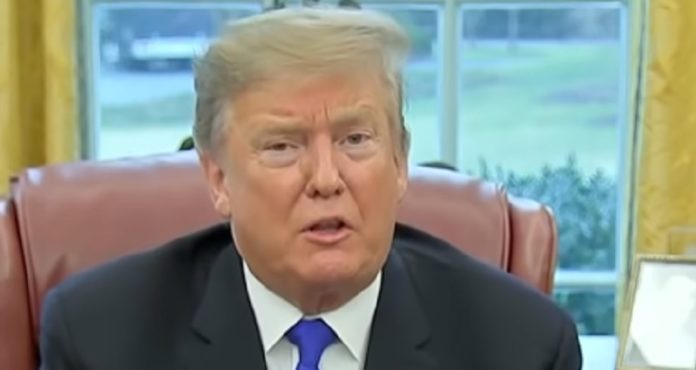 President Donald Trump’s administration is the biggest scandal in American history according to historians in a new report that Republicans should not ignore.

Investigations against Trump continue to roll on as Special Counsel Robert Mueller prepares his final report even as new indictments could drop any day now.

But it’s not just Mueller who is investigating Trump. The Southern District of New York is probing his businesses and continues to investigate campaign finance violations. New York state regulators are investigating Trump for insurance fraud. Congress is closing in on his tax returns as multiple committees ramp up their own separate probes looking into everything from Russian interference during the 2016 Election to money laundering to obstruction of justice to tax evasion.

And Trump’s administration is so corrupt and scandal-ridden that historians told Axios this week that it has surpassed Watergate and the Teapot Dome scandals that plagued the Nixon and Harding administrations in the 1970s and 1920s.

“Historians tell Axios that the only two scandals that come close to Trump-Russia are Watergate, which led to President Richard Nixon’s resignation in 1974, and the Teapot Dome scandal of the early 1920s, in which oil barons bribed a corrupt aide to President Warren Harding for petroleum leases,” the report says. “But historians say that both Watergate and Teapot Dome were more limited because a foreign power wasn’t a central player, and a much narrower band of potential offenses was under investigation.”

Presidential historian Jon Meacham told Axios that Trump’s administration “transcends scandal — it’s a national crisis in the sense of a period of elevated stakes, high passions, and possibly permanent consequences. We’re in the midst of making history more than we are reflecting it.”

What makes the scandal even more unparalleled and much more corrupt is that Republicans have turned a blind eye to it while serving as a protection detail for Trump instead of doing their constitutional duty to investigate and oust him from office.

Even back during Watergate Republicans did not try to cover up Nixon’s crimes and would have joined Democrats in impeaching him had he not resigned.

Alas, Republicans are not as noble today as they were several decades earlier. If anything Republicans are complicit with Trump’s scandals and so are right-wing media outlets, making this the kind of scandal that nobody has ever seen before and one that our nation may not survive.