The United States Blues
Home Activism After An Historic Vote, GOP Governor Rejects The Will Of The People 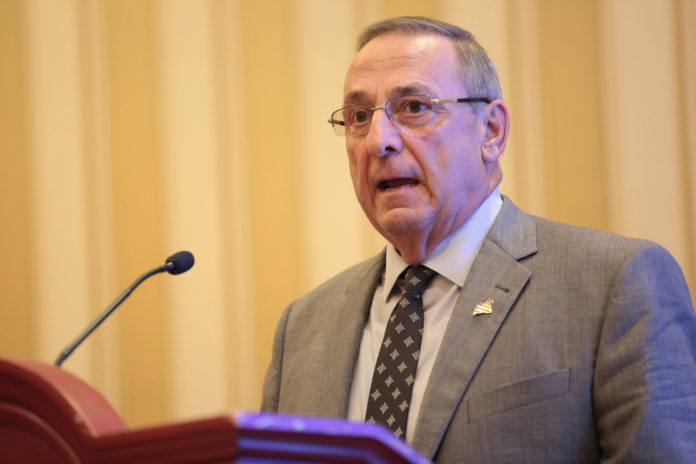 On Tuesday, the gubernatorial races in New Jersey and Virginia garnered most of the national media attention. But there were notable races and ballot initiatives in nearly every state. For instance, the voters of Maine also passed a ballot initiative to expand Medicaid in the state. It was the first time a state has voted to expand its Medicaid rolls via a referendum, and with a 59 to 41 percent approval, the expansion could be called a mandate.

While Maine voters were celebrating their victory, Republican Governor Paul LePage announced that he wasn’t about to do what voters had approved. Issuing a belligerent statement, LePage declared:

“Credit agencies are predicting that this fiscally irresponsible Medicaid expansion will be ruinous to Maine’s budget.

“Therefore, my administration will not implement Medicaid expansion until it has been fully funded by the Legislature at the levels [the Department of Health and Human Services] has calculated, and I will not support increasing taxes on Maine families, raiding the rainy day fund or reducing services to our elderly or disabled.”

“The legislature will move swiftly to fund Medicaid expansion as required by law. The governor and DHHS commissioner will implement its requirements as well, as they are obligated to do.

“Any attempts to illegally delay or subvert this law will not be tolerated and will be fought with every recourse at our disposal.”

“Free health care to working-age, able-bodied adults, most of whom do not have dependents.”

Approximately 80,000 Maine residents who live below 133 percent of the federal poverty line will now be eligible for the state’s Medicaid program.