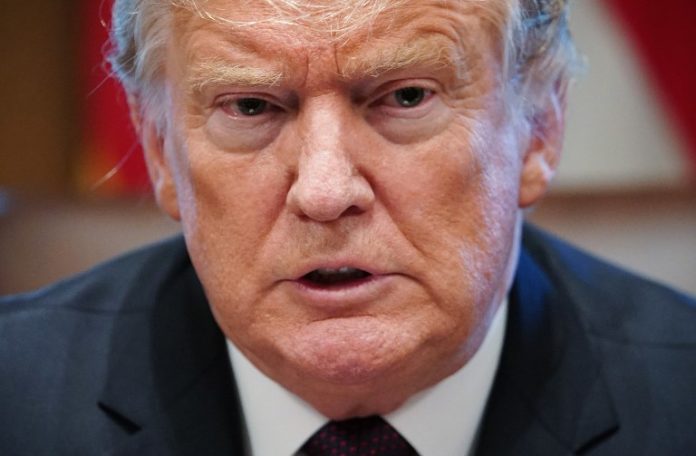 As the 2020 election draws closer with each passing day, the Department of Homeland Security (DHS) is diligently working to fight attacks from foreign adversaries that might impact the election outcome, as was the case in 2016 when Donald Trump was elected president.

But as The New York Times reports, DHS is having to keep their plans and actions secret from the president himself, because his malignant vanity won’t allow for the suggestion that he’s only president thanks to a helping hand from Russia:

“In a meeting this year, Mick Mulvaney, the White House chief of staff, made it clear that Mr. Trump still equated any public discussion of malign Russian election activity with questions about the legitimacy of his victory. According to one senior administration official, Mr. Mulvaney said it ‘wasn’t a great subject and should be kept below his level.’

“One senior official described homeland security officials as adamant that the United States government needed to significantly step up its efforts to urge the American public and companies to block foreign influence campaigns. But the department was stymied by the White House’s refusal to discuss it, the official said.”

Ideally, DHS and U.S. intelligence agencies would coordinate their strategy for making sure 2020 isn’t a repeat of 2016, but that simply isn’t possible with this president, who doesn’t seem to grasp that next year the tables could be turned and he might be on the losing end of an attempt to hack or disrupt our democratic process.

And others in the White House are also complicating matters when it comes to 2020:

“Mr. Trump’s national security adviser, John R. Bolton, eliminated the position of cybersecurity coordinator at the White House last year, leaving junior aides to deal with the issue. In January, Ms. Nielsen fumed when 45 percent of her cyberdefense work force was furloughed during the government shutdown.”

If indeed the 2020 election goes off without any major hitches or disruptions, it won’t be thanks to anything Trump or his administration has done.