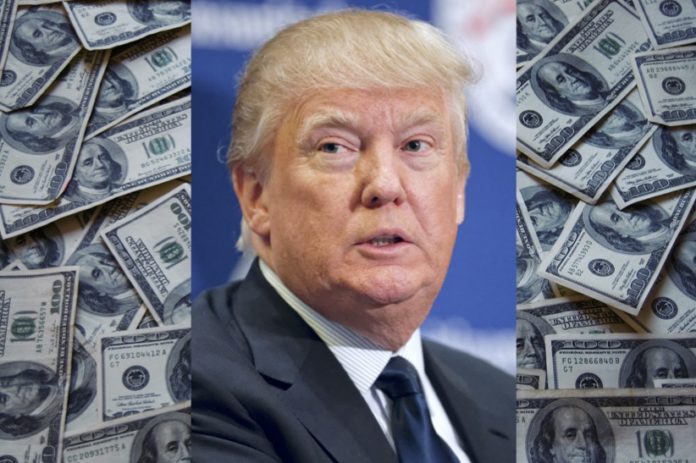 Rep. Eric Swalwell (D-CA) a member of both the House intelligence and judiciary committees, said Friday that he will start an in-depth investigation into President Donald Trump’s finances, including whether or not Trump has been involved in money laundering that might have provided financing for the Trump Organization.

Speaking with Yahoo News, Swalwell noted that he has “probable cause” that Trump has been laundering money for Russian oligarchs and organized crime figures who have ties to Russian President Vladimir Putin:

“We will open up a money-laundering inquiry as to whether the Russians were laundering money through the Trump organization.

“To use a prosecutor’s phrase, I think we have probable cause to do that, based on the Trump family’s own admissions that they had money coming in from Russia.”

The first stage of the investigation, Swalwell revealed, will be to send letters to the Trump Organization and Deutsche Bank– which has loaned millions of dollars to Trump –asking them to voluntarily turn over records. Subpoenas will be issued if records are not released.

Swalwell also told Yahoo that Trump’s business connections to Russia are of special interest in light of the fact that the president has yet to criticize Putin:

“As far as how many years back does it go, we know that you have evidence in the early 2000s of … Trump properties being purchased by Russians, so the Trump interest in Russia and the Russia interest in Trump does go back decades. From my perspective, I would want to know where did the financial compromise begin.

“You’re talking about years of records, years of relationships that the Trump family has had.

“I think we want to have a comprehensive picture of whether or not the president is financially compromised by the Russians.”

But Russia won’t be the sole focus of the probe, Swalwell added. Congressional committees will also look into the Trump Organization’s ties to Saudi Arabia. The Saudis booked hundreds of hotel rooms at the Trump hotel in Washington shortly after the 2016 election.

A spokesperson for House Intelligence Committee Chairman Adam Schiff (D-CA) echoed Swalwell’s comments, noting that Schiff had recently told The New Yorker there are many unanswered questions about Trump’s loyalties:

“The American people have a right to know that their President is working on their behalf, not his family’s financial interests. Right now, I don’t think any of us can have the confidence that that’s the case.”

Special Counsel Robert Mueller is also believed to be looking into possible money laundering by companies owned by Trump and his family.