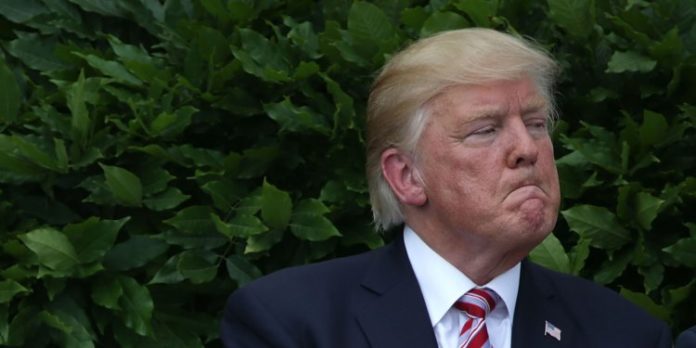 In order to circumvent President Donald Trump’s refusal to let former administration officials testify before Congress, House Democrats are drawing up a list of alternative “star witnesses” that the White House cannot block by claiming executive privilege, according to Politico:

Other Russia-related figures who never served in Trump’s administration and would make for prime congressional witnesses include Paul Manafort and Rick Gates, the former top campaign officials who both pleaded guilty and faced extensive questioning by federal prosecutors working on the Mueller probe.

“These people could be called without any reasonable shred of a claim of executive privilege.”

But the White House appears to already be laying the foundation for a more expansive claim of executive privilege that would theoretically apply to even those who didn’t actually serve in the administration:

The president’s lawyers, in an unrelated matter, appeared to lay the groundwork for an effort to block even outside advisers from speaking to Congress about their interactions with Trump and his inner circle by arguing that even some people who don’t work for the White House can be subject to claims of executive privilege.

John Q. Barrett, a St. John’s University law professor, says he agrees that congressional Democrats do need to expand their witness list and have public hearings:

“The people who were actors in the conduct are available. They’re fully and cleanly available to the Congress.

“Go to homes and ring doorbells. Ask. You never know who’s found Jesus, who’s got qualms, who recognizes criminality, who’s broken with the authority of the president to command their life. Maybe that springs some information.”

If Trump tries to block even those who didn’t work in the White House from testifying, that alone will be partial proof that he’s trying to hide things he knows could incriminate him and lead to his impeachment.