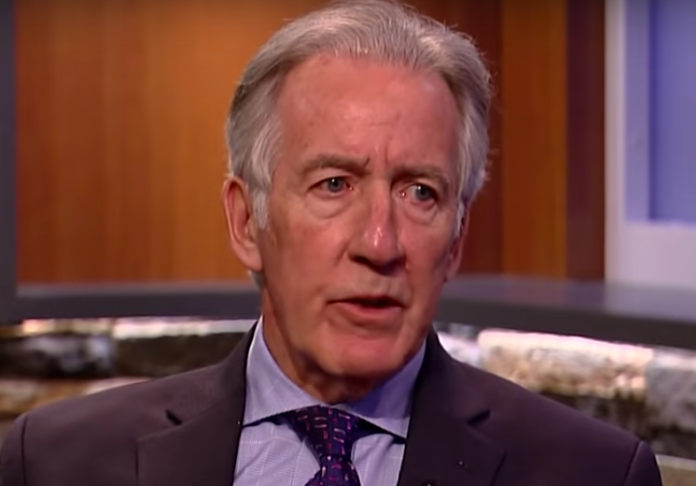 Trump’s refusal to release his taxes has been a source of controversy since the 2016 Election when he promised to do so but didn’t because he was supposedly under audit.

Of course, an audit does not prevent someone from releasing their tax returns, which means that excuse has no merit, and neither do any excuses made by Treasury Secretary Steve Mnuchin, who appears ready to break the law to keep Trump’s taxes secret.

On Wednesday, Neal announced that the IRS had rejected his previous request to hand over the returns.

“I received a letter this evening from Secretary Mnuchin related to my request to the IRS commissioner,” he wrote. “The department has decided not to allow the IRS to comply with my request by the April 10 deadline. I will consult with counsel and determine the appropriate response to the commissioner in the coming days.”

After consulting with attorneys, Neal wrote another letter to the IRS, setting the deadline for April 23rd.

I am aware that concerns have been raised regarding my request and the authority of the Committee,” Neal wrote. “Those concerns lack merit. Moreover, judicial precedent commands that none of the concerns raised can legitimately be used to deny the Committee’s request.”

Indeed, Neal cited ten court rulings to demonstrate his case and the law clearly states that the Treasury secretary “shall furnish” the tax returns requested by the relevant committees.

“It is not the proper function of the IRS, Treasury, or Justice to question or second guess the motivations of the Committee or its reasonable determinations regarding its need for the requested tax returns and return information,” Neal continued, again noting that the request “falls squarely within the Committee’s oversight authority.”

“Please know that, if you fail to comply, your failure will be interpreted as a denial of my request,” he warned in conclusion.

According to the Washington Post, the next step could be a subpoena that would set up a court battle Trump will likely lose.

Neal’s latest letter sets the stage for a further escalation in the conflict between Congress and the White House, as legal experts have suggested that an outright denial of their request by Mnuchin could be followed by subpoenas or a lawsuit in federal court. Mnuchin so far has only postponed responding to Democrats’ request and said he would confer with the Justice Department, but not yet rejected it.”

The fact is that Mnuchin is obligated to comply with the law or go to jail for breaking it. Congress has the power to request Trump’s tax returns. The law is clear on this. And federal courts cannot possibly interpret the law otherwise without admitting they are in Trump’s pocket.