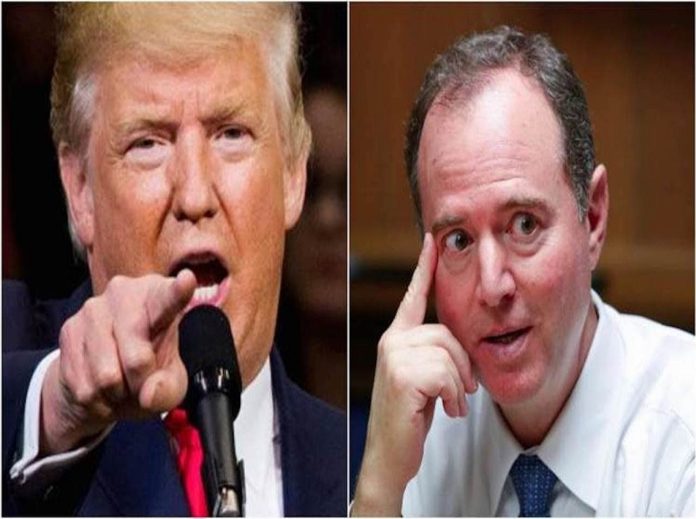 The Republican-led Congress released its final report on the House Intelligence Committee’s investigation into possible Russian collusion during the 2016 Presidential Campaign, and it’s about as credible as a Kremlin press release.

Showing their preference for power, and out of fear of being tossed in the trash heap by a perpetually vindictive president, Republicans on the House intelligence Committee declared that there was no evidence of collusion between the Trump Campaign and Russia.

Shiff thinks his GOP blatantly ignored evidence of collusion that he feels was “in plain sight” in their probe into Moscow’s meddling in the 2016 presidential election.

“Throughout the investigation, Committee Republicans chose not to seriously investigate — or even see, when in plain sight — evidence of collusion between the Trump campaign and Russia, instead adopting the role of defense counsel for key investigation witnesses, Schiff says.The Trump campaign and Administration’s efforts to deny, conceal and, when discovered, misrepresent what took place in these interactions with the Russians is powerful evidence of a consciousness of wrongdoing, he added.”

Schiff has been highly critical of his fellow Republicans’ complete and utter lack of serious efforts at investigating Rusian collusion, particularly as it pertains to Rep. Devin Nunes’ (R-Calif.) handling of the probe.

The now infamous 2016 Trump Tower meeting in which Trump Jr., Jared Kushner, and former Campaign Chairman Paul Manafort all met with a Russian lawyer and agent for the Kremlin after learning she might have major dirt on Hillary Clinton.

There is no denying the abundant evidence that the Trump campaign sought, and was eager to accept, the assistance of a hostile foreign power bent on interfering in our election, Schiff says. It is also uncontroverted that the Russians assisted the Trump campaign through a surreptitious social media campaign, an overt paid media effort, an elaborate hacking and dumping operation targeting the [Democratic National Committee] and Clinton Campaign Chair John Podesta, and potentially through additional means still under investigation.

The fact remains that Donald Trump and his many minions are still presently being investigated by the FBI and Special Prosecutor Robert Mueller. And even though Mueller is a registered Republican, we don’t expect him to ignore damning evidence as blatantly as Republicans in Congress have lately.