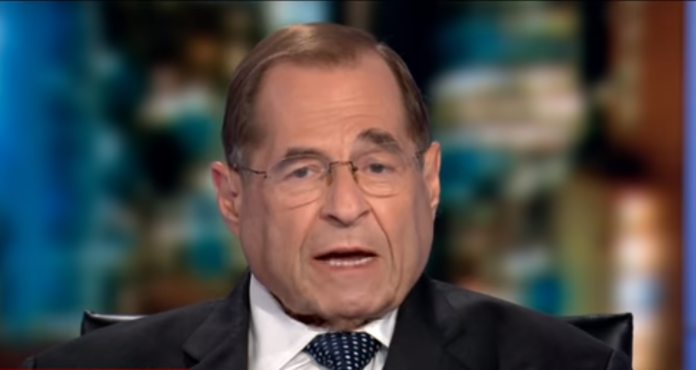 Appearing on CNN, Nadler was asked by host Erin Burnett:

“In your mind, you’re saying this is exactly the same as what we all call formal impeachment proceedings by another name?”

“This is formal impeachment proceedings. We are investigating all the evidence, we’re gathering the evidence. And we will at the conclusion of this — hopefully by the end of the year — vote to vote articles of impeachment to the House floor. Or we won’t. That’s a decision that we’ll have to make. But that’s exactly the process we’re in right now.”

The chairman then added that the House Judiciary Committee is investigating whether articles of impeachment will be drawn up against the president when Congress returns from its recess shortly after Labor Day:

“The fact is, we are doing an investigation. We are investigating the facts, investigating the evidence. We are going into court to get witnesses all with a view toward deciding and recommending to the House whether to impeach the president.”

As @RepJerryNadler just said on CNN, we have begun impeachment proceedings on the Judiciary Committee.

Let’s see where the facts take us and hold this President accountable.

But the ranking Republican on the judiciary committee, Rep. Doug Collins (R-GA), tried to undercut what Nadler and Cicilline had revealed:

Chairman Nadler is either uniformed about what a formal impeachment inquiry is or he is deliberately misleading the American public to score cheap political points. Which is it, Chairman? #moveon https://t.co/OYa3euFPEz

As The Hill notes, House Democrats have been turning up the heat on the White House and former administration staffers in recent days:

On Wednesday, the panel filed a lawsuit against former White House counsel DON MCGAHN. McGahn has defied the committee’s subpoena for testimony regarding allegations that Trump obstructed justice in Mueller’s investigation.