The United States Blues
Home Uncategorized House Judiciary Committee working to have Robert Mueller testify within the next... 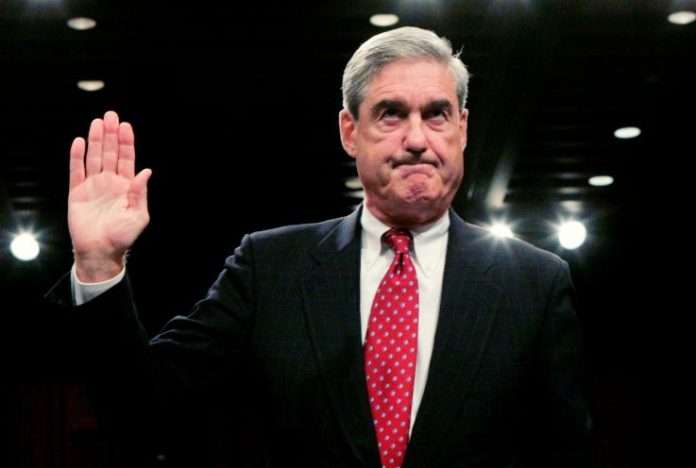 Democrats on the House Judiciary Committee are in talks with Special Counsel Robert Mueller to have him testify before their committee within the next two weeks, according to Jonathan Lemire of the Associated Press, who appeared on MSNBC’s “Morning Joe” Monday:

“(Mueller is) still an employee of the Department of Justice. And as long as he remains there, it’s much easier for the executive branch, for the president, to try to curtail to prevent him from testifying. Democrats still obviously want to see him there. Nadler, as you said, on Friday, suggested it wouldn’t be this week as they originally hoped, but there are still talks ongoing. We could see him as soon as next week or the week after. This is still very much an active hope to have him there.”

Lemire added that while Trump has said he has no problem with Mueller testifying, he fears that the special counsel could wind up adding credence to charges that the president is guilty of obstruction of justice as it relates to the Russia investigation:

“He thinks with Mueller, someone who has been, in the president’s belief, unfairly lionized for years, in the media, that when Mueller gets before Congress, even though Mueller is an institutionalist, seems unlikely to really turn a flame thrower to the department of justice, but the president is still concerned that if he’s there and commands the nation’s and world’s attention that nothing good of that will come for the president. And his political future, his prelim standing has always been his paramount concern more than the due process of law and investigation.”

Mueller is going to testify. That much is certain. He is indeed still an employee of the Department of Justice, meaning he has less leeway when it comes to deciding exactly when he will appear before Congress. But once he leaves his formal employment with the DOJ, Mueller is free as a private citizen to discuss his findings in great detail.

As has been said before but bears repeating: If Trump thinks the Mueller report exonerates him, he should welcome what Mueller has to say. Only a guilty man acts the way this president has since the Russia investigation began.