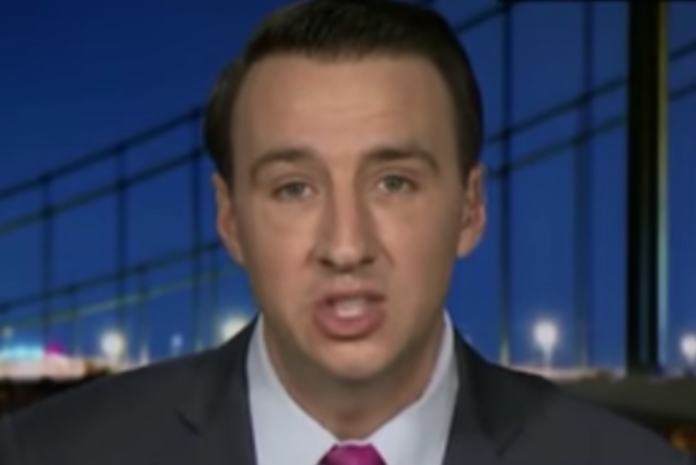 It’s been over 24 hours since Trump shut the government down because he didn’t get the funding he wanted for his vanity project, and he’s been on his phone whining about it.

Trump seems to believe that a government shutdown will cause Democrats to cave even though they are about to take over the House in January and have no reason to pass the bill, which House Republicans only passed after Trump rejected the bipartisan Senate version that passed 100-0.

It should be pointed out that Costello retired from Congress prior to the election in November and won’t be a lawmaker when the new session begins in January, which is probably why he has decided to speak more candidly.

During an interview with CNN host Ana Cabrera on Saturday, Costello explained his reasoning for slamming Trump’s logic:

“It’s the president,” he said after being asked who is to blame for the shutdown. “He said it’s his shutdown. The Senate passed a bill 100-0 funding the government, known as a clean CR. After the 100-0 vote, the bill came to the House. A couple talk show hosts were screaming and yelling, saying we need to get more border money. The president all of a sudden changes his mind and doesn’t find the 100-0 vote acceptable, even though he initially did. A couple members of the freedom caucus gin everybody up and by the end of the Republican conference meeting we don’t have enough votes to pass that clean CR.”

Costello then called out Trump and his fellow House Republicans for rejecting a compromise bill this past summer that would have given Trump $25 billion for his wall in exchange for reinstating DACA.

“[The bill] included Trump’s requested $25 billion for his border wall and required much more detention of undocumented immigrants — addressing what Trump calls “catch and release.” It also ends the diversity visa lottery and cuts family-based migration, what Trump refers to as “chain,” and diverts those visas into a merit-based system that DACA recipients could apply for.”

So let’s just get this straight, Trump just shut the government down because he’s not getting $5 billion for his wall six months after originally rejecting a compromise bill that would have given him five times as much money. That’s how deranged Trump is.

“In the land of common sense, we’re not in it right now,” Costello continued. “The shutdown is because the president wanted to shut down. I don’t know why he wanted to shut down, if it’s over the border wall then this past summer he should have pushed the compromised immigration bill that if he had pushed we would have been able to send it over to the president. That’s my frustration.”

Indeed, Trump basically got most of what he wanted in that bill, but refused to support it because Democrats got something in return. And that’s one reason why Senate Democrats have no reason to vote for the House Republican bill.

“I don’t know why Senate Democrats would vote for a bill right now when they will have even more leverage on January 4th when the Democrats take back the House,” Constello concluded. “This honestly is really, really simple stuff. Really simple. But for some reason, there are a couple people out there that I think are just missing the boat, and one of them is the president.”

How can Democrats make a deal with a man who refuses every deal they offer him? The answer is they can’t. Trump wants everything his way or no way at all, which is why we have a government shutdown right now. But it’s also why Trump can’t get anything done, which takes compromise.

Trump had a superbly good deal on the table this past summer and rejected it. He just can’t expect to demand $5 billion and get it after that blunder. Democrats tried working with Trump and refused to return the favor. They have no reason to do anything until they take over the House in January. At that point, Trump will be kicking himself for not taking the deal when he had the chance.