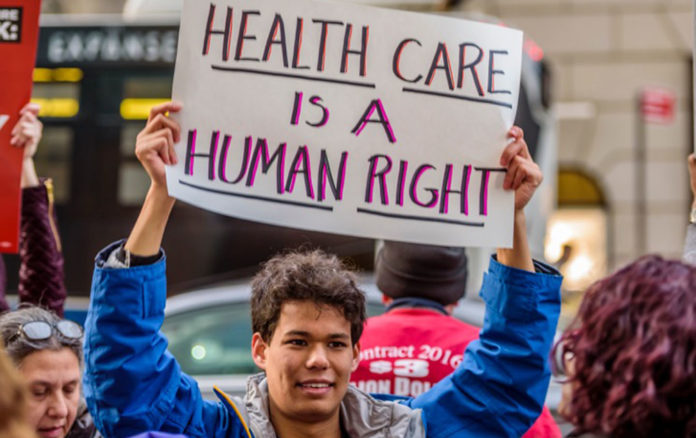 A vote was held in the House of Representatives that would prevent states from ignoring mandates in the Affordable Care Act (AC), especially the one that protects Americans with pre-existing medical conditions. The bill passed by a vote of 236 to 183 vote, with every House Democrat voting in favor of the bill. The 183 nay votes came from Republicans, many of whom said during the 2018 midterm that they wanted to protect those with pre-existing conditions.

The legislation — known as the Protecting Americans with Preexisting Conditions Act of 2019 — is not expected to pass the GOP-controlled Senate, and President Donald Trump has already said he would veto it if it does manage to survive in the Senate, claiming it “runs counter to the President’s healthcare vision.”

This is just the latest attack on Obamacare and its protections for those with medical conditions that might make insurance companies deny them coverage, ThinkProgress notes:

The Department of Health and Human Services issued new guidance around the Affordable Care Act (ACA) last November that encourages states to make changes to their marketplaces even if that means skirting federal rules and putting people with pre-existing medical conditions in jeopardy of increased health care costs. The Kaiser Family Foundation called the change “significant,” as it “eliminates the requirement to demonstrate comparable protections for people with high health risks.”

Leslie Dach, chair of Protect Our Care, said it’s crystal clear where Trump stands on the issues of health care and access to affordable coverage:

“Democrats are working to protect patients with preexisting conditions like cancer, diabetes and asthma but the Trump administration is now threatening to veto those efforts.”

Three Republicans who paid lip service to protecting those with pre-existing conditions — Andy Barr (KY), Ted Budd (NC), and Scott Perry (PA) — were among those who showed their true colors with their vote to strip away health care from thousands of their constituents. Barr said last October that he would never abandon those in his district who were in need of health insurance, commenting:

“It is imperative we deliver a healthcare system that protects those with pre-existing conditions but still allows the marketplace to compete and innovate which will, in turn, lower costs and deliver relief to families throughout Kentucky.”

Even though health care was the main issue that led to the massive loss of House seats by Republicans in the 2018 midterm, they seem to have learned nothing from that disaster. It’s yet another reason voters need to get out in record numbers in 2020 and rid this country of Donald Trump and his congressional enablers.