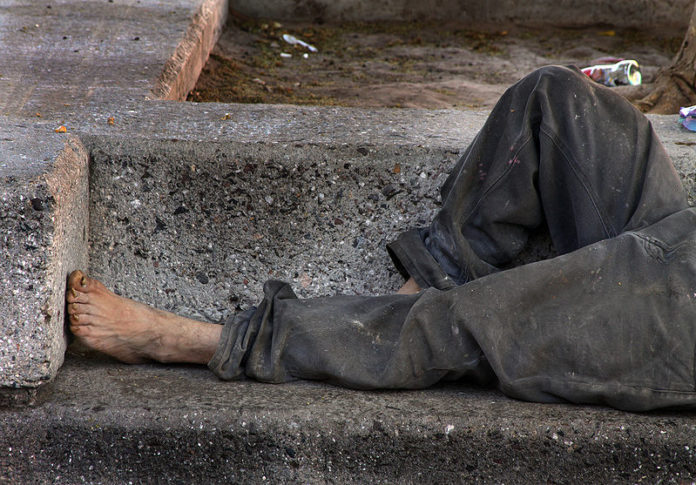 Homelessness remains a major problem in the United States, especially among veterans, but instead of spending a ton of money addressing the effects of homelessness, studies show that simply housing the homeless saves more money and deals with many of those effects.

As of 2017, the Department of Housing and Urban Development reports that 554,000 Americans are homeless, rising for the second year in a row after seven years of decline.

The government agency conducts an annual count of the homeless to help determine policy, but the most superior and cost-effective policy to care for the homeless is to house them.

These counts are a critical element to making appropriate homelessness policy. And ultimately a systematic improvement of the situation is going to require big looks at structural barriers to building affordable units. But good policy also requires greater awareness of a fundamental research insight that is becoming a point of consensus among policy insiders — it’s cheaper to give homeless people homes to live in than to let the homeless live on the streets and try to deal with the subsequent problems.

It turns out that multiple studies show that housing the homeless saves more taxpayer dollars while cutting down on the homeless population.

Frankly, this should have been common sense knowledge all along, but governments at every level seem hell bent on waging war against homeless people instead of tackling homelessness itself, especially when Republicans are in charge.

A study out of Orlando, Florida found that taxpayers spend $31,000 for every homeless person when they could be spending $20,000 less.

The price tag covers the salaries of law-enforcement officers to arrest and transport homeless individuals — largely for nonviolent offenses such as trespassing, public intoxication or sleeping in parks — as well as the cost of jail stays, emergency-room visits and hospitalization for medical and psychiatric issues.

In contrast, providing the chronically homeless with permanent housing and case managers to supervise them would run about $10,000 per person per year, saving taxpayers millions of dollars during the next decade, the report concludes.

A study in Toronto concluded that housing the homeless reduces substance abuse issues that usually result in law enforcement and healthcare responses that cost taxpayers millions.

And those are just two of several such studies revealing that solving the root issue of homelessness reduces the financial impact to taxpayers overall.

Federal, state and local governments should aggressively pursue housing the homeless instead of spending money simply managing the problems stemming from homelessness. One of the top reasons why so many are homeless is because the cost of housing is so high while wages remain stagnant. The cost of living is simply too high and that needs to change as well. Homelessness should not be a problem in a nation that spends trillions of dollars on wars and gives trillions more to corporations.

It’s time for us to take care of those who have the least.