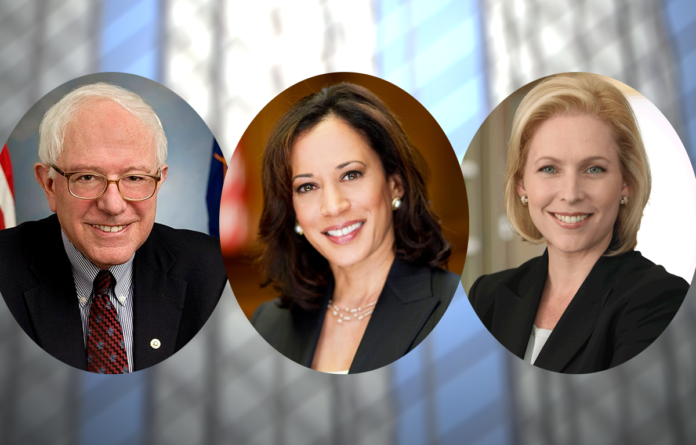 If a Democrat wins the White House in 2020, there is a high probability that that candidate will have won on the platform of Medicare for All. Americans are fed up with soaring health care costs, and Republicans’ constant threats of stripping away health care from millions of people. Why not eliminate the middlemen and provide world-class health care to every single American?

Such an idea has overwhelming support from American citizens, with recent polls showing a 70 percent approval for Medicare for All, also called single-payer health care.

That vast support makes sense because around the same percentage of Americans, 71 percent, say the system is “in a state of crisis” or “has major problems.” Clearly, our health care system is not working for the people – it’s working for insurance companies and Big Pharma.

Now, as you would expect, the middlemen are ringing the alarms at the prospect that a democratic president has the mandate from the people to eliminate the $600 Billion private insurance industry. If Bernie Sanders is elected, he has proposed scrapping Medicare and Medicaid and replacing those programs with better broad access to health care for each American. Sanders is rolling out the legislation as soon as this week.

“…It is just not acceptable that 30 million Americans have no health insurance and even more are underinsured with high deductibles and high copayments,” says Sanders.

.@BernieSanders says he will re-introduce his Medicare for All plan in the Senate “in the next couple of weeks.” pic.twitter.com/KjYelxj8Xn

According to Yahoo Finance:

“The bulk of the Sanders bill would be paid for by a 7.5% payroll tax on employers and 4% from workers’ paychecks. The current system of Medicare and Medicaid would be scrapped and replaced with a significantly more generous program. Everyone in the United States would be covered, no opt in or out.”

Of course, the insurance companies, Big Pharma, and their lobbyists are threatened by Medicare for All because the industry would be all but wiped out. Instead, they would be relegated to selling supplemental insurance that doesn’t compete with government coverage. Ironically, selling “junk insurance” would be the only way to stay in business.

Republicans and President Trump have fought hard to make sure insurance companies can sell short-term junk insurance to Americans as a transparent means to undermine Obamacare. In March, a federal judge shot down the administration’s efforts to expand the availability of junk insurance plans.

In the 2016 presidential campaign, Medicare for All helped make Bernie one of the most popular candidates, while Clinton opted for making improvements to the ACA. Now, the concept of single payer is embraced by multiple candidates, including Kamala Harris and Kirsten Gillibrand, who has called moving to single payer an “urgent goal.”

I’ve fought for Medicare for All since my first House race in 2006. It's not an abstract goal—I helped write the plan to get there from our current system. We will create competition, get costs down, and finally make health care a right for all. It's about time. pic.twitter.com/3iXSIPqPcy

We can expect that billion dollar industries employing hundreds of thousands of Americans will not go down without a fight. A new lobbying group called Partnership for America’s Health Care Future (PAHCF) has been created to represent the interests of hospitals, the pharmaceutical industry, insurance, companies, and doctors’ lobbying groups.

PAHCF has begun a campaign to warn Americans that moving to single payer would eliminate the option for private health insurance. In actuality, Americans will probably still have the option to buy junk insurance.

Rep. Jayapal’s costly, disruptive one-size-fits-all #MedicareForAll proposal would move health care decisions away from doctors and patients, put our care in the hands of politicians and bureaucrats in Washington, and force families to pay more →

It seems like sweet karma that the insurance industry, which has largely worked against the interests of providing affordable care to Americans, would wind up in the end – forced to sell junk that few people want.

If Medicare for All becomes a reality, an overwhelming majority of Americans may tell the insurance industry: Good riddance. You had your chance to care for Americans and instead you cared for profits. Good day, sir! I said good day!