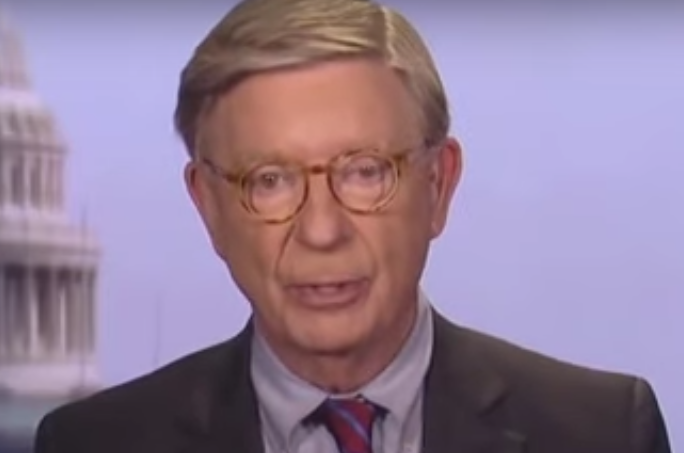 Conservative columnist George Will, who left the Republican Party because of President Donald Trump, delivered seriously bad news to the GOP that will negatively impact the party for elections to come.

Trump is already losing to six Democratic 2020 presidential candidates by at least five points in the latest Quinnipiac poll. Women are flocking to Democrats as the GOP pursues extreme anti-abortion laws. Trump’s numbers are also waning in Rust Belt states as they begin to turn on him in a big way over his reckless trade wars.

But the biggest blow to Trump and the Republican Party concerns young voters, which George Will pointed out during an appearance on CNBC Wednesday afternoon.

It turns out that younger generations of voters recognize that Republicans are morons, and the GOP’s economic incompetence is resulting in young voters not only rejecting the party, but they are also rejecting capitalism.

“Young people have made up their mind about the Republican Party, that it’s kind of the dumb party,” Will said. “These are the same young people who say they have warm feelings about socialism, but all they mean by that is that socialism means everyone being sociable and being nice to one another. They haven’t thought it through.”

He started off well. Republicans have proven themselves to be ignorant time and time again by denying science and insisting that unrestrained capitalism works for everyone.

As for what young people think of socialism and whether they have thought it through, Will is wrong. Young people understand that Democrats like Senator Bernie Sanders (D-Vt.) are promoting democratic socialism, which is not straight up socialism, but a system of democratic government that actually takes care of its citizens by instituting social programs such as universal healthcare and creating an economy that actually works for everyone by reducing CEO pay and raising worker wages.

It’s an easy concept to understand. Apparently not for Will, however.

Again, George Will is the one who does not understand. Young people are suspicious of the government as it currently stands because Republicans are owned by corporations. Under a Sanders or Warren administration, reforms would likely be put in place to end such corporate lobbying while laws are passed to enact programs that most Americans support, like the Green New Deal. When the government starts working for the people again, trust in government will rise.

Of course, Republicans seem pretty content to lose the youth vote for a long time by refusing to pass anything Democrats propose.

“The Republican Party is doing its very best to drive them away permanently,” Will concluded.