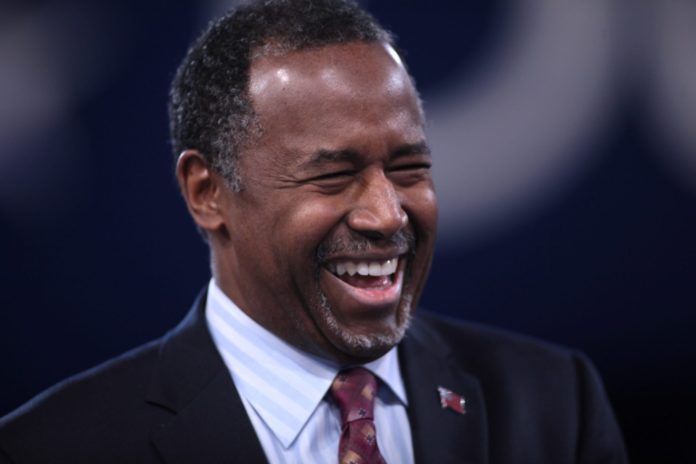 Ben Carson may indeed hold the title of Secretary of the Department of Housing and Urban Development (HUD), but a look at his schedule reveals that he doesn’t appear to be doing any actual work and only meets with staff once a week.

NBC News reports that American Oversight filed its first Freedom of Information Act (FOIA) in November of 2017, and what they found is a slap in the face to every American taxpayer:

“A list of appointments for a 31-week period shows that for about half of the Fridays Carson worked a traditional eight or nine-hour day. For five of the Fridays he was off or had no appointments. For five more Fridays he left before 2 p.m. to get to the airport to fly to South Florida, where he owns a house valued at $4.3 million. For the remaining six, he had no scheduled appointments past 3 p.m. In all, he made a dozen weekend trips to South Florida during the 31 weeks.”

Not only does Carson leave the office for long weekends in Florida, he only bothers to schedule staff meetings once a week, a marked contrast to calendars from three other departments — Transportation, Treasury, and Labor — where staff meetings were held several times a week and in some cases daily. 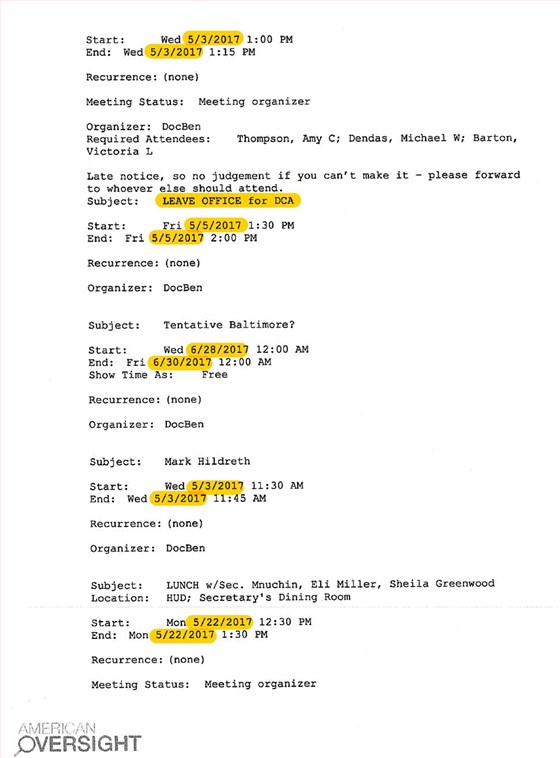 In a statement, Carson defended what he’s doing at HUD and attacked NBC:

“While the role of a Cabinet Secretary is to advise the President and run their agency, the role of NBC seems to be spinning incomplete information and misinforming the public. Looks like we are both doing our jobs.”

HUD also commented on Carson’s light work schedule but failed to address the frequent trips the secretary makes to Florida:

In the 2020 budget request the Trump administration submitted to Congress last week, Carson calls for drastic cuts to HUD:

“Carson has proposed 18 percent cuts for his agency and again calls for tripling rents on those who live in public housing — a request that failed last year. Carson is also seeking to cut funding for public housing repairs, though each year 10,000 units of public housing are lost to decay, according to HUD.”

So when you pay your taxes this year, keep in mind that on your worst day, you work more than Ben Carson does And ask yourself: How often do I get to travel to Florida for the weekend?