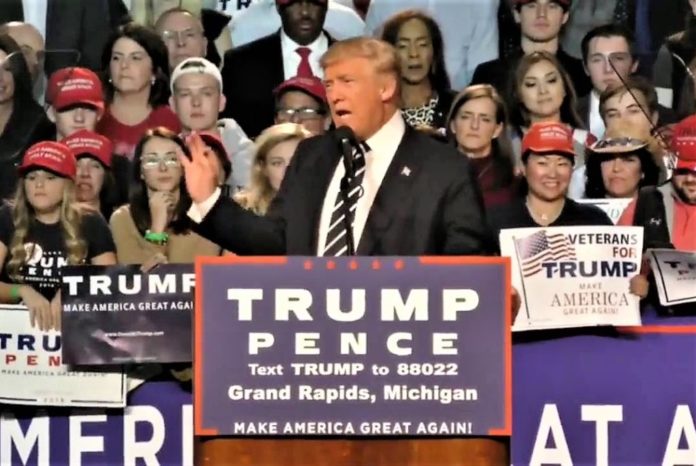 President Trump might not have any experience in leading the country, governing, or even basic human decency, but one thing he does have experience with is lawsuits.

The President has been sued countless times. He is currently the subject of several open lawsuits; including one filed by a former contestant on The Apprentice.

Summer Zervos filed a lawsuit against the President for defamation. Her claim focuses on the allegations she made against then-candidate Trump. During the campaign, Zervos made public an incident in which Trump groped and kissed her without her consent.

The President not only denied the allegations but attacked Zervos and her character on the campaign trail. In response, she sued him for defamation. While it is not at all surprising that President Trump would be sued because it happens all the time, what is shocking is his defense.

According to the brief, then-candidate Trump’s personal attacks on Zervos were not defamation at all, but rather, were protected political speech. The report says Trump’s comments were “part of the expected fiery rhetoric, hyperbole and opinion that is squarely protected by the First Amendment.”

The brief argued that basically whatever Trump said on the campaign trail is protected and beyond the reach of any lawsuit because, “Political and, in particular, campaign speech is quintessential speech protected by the First Amendment and are universally so viewed.”

The President has certainly proven himself no champion of the freedom of speech. He regularly attacks the media, he goes after people with anything critical to say and has created a belief in political propaganda that is truly disturbing.

The hypocrisy would be astounding, were it not so predictable.