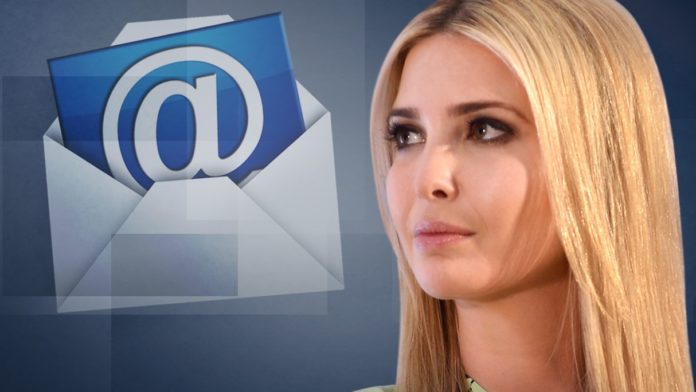 Ivanka Trump, who serves as an adviser to her father, President Donald Trump, wants us all to know that her use of a personal email account to conduct official government business is nowhere near as serious as Hillary Clinton’s private server while working as Secretary of State.

How’s that for a double standard from hell?

In an interview with ABC News, Ivanka commented:

But how do we know it was all archived and she didn’t discuss anything classified? Are we just supposed to take her word for it? Hillary said the same thing and yet Ivanka’s father led crowds in chants of “lock her up!” during the campaign.

Ivanka then doubled down, insisting that all of her emails are still on the White House email server, but provided no proof of her assertion:

“In my case, all of my emails are on the White House server. There’s no intent to circumvent, and there were no mass deletions after a subpoena was issued. My emails have not been deleted, nor was there anything of substance, nothing confidential that was within them. So there’s no connection between the two things.”

Deborah Roberts, who conducted the interview, reminded Ivanka of the “lock her up” chants directed at Clinton, asking:

“So the idea of lock her up doesn’t apply to you?”

House Democrats have already said they plan to investigate Ivanka’s email usage, so perhaps one day we can get to the bottom of the matter and determine if indeed Mrs. Trump needs to be locked up.

.@IvankaTrump to @DebRobertsABC on her use of personal email vs. Hillary Clinton’s: “There just is no equivalency between the two things.” https://t.co/yL3oLTXcqd pic.twitter.com/qBiTbw8BdB