The United States Blues
Home Health If Texas Republicans get their way, women will pay the ultimate price... 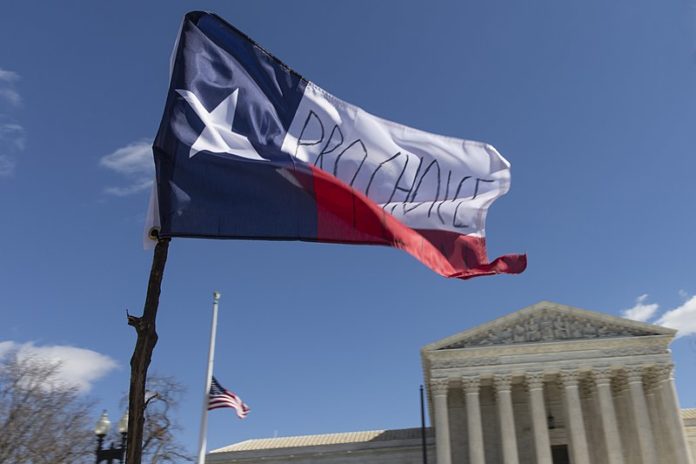 Texas Republicans are just steps away from outlawing all abortions and punishing women who get them with the death penalty as House Bill 896 goes to the full House for debate this week.

Lawmakers heard hours of testimony on Tuesday both for and against the legislation, which is sponsored by conservative extremist GOP state Rep. Tony Tinderholt, a five-times-married anti-abortion zealot.

Except in the case of a pregnant woman killed by a drunk driver, she did not have any choice. The Supreme Court has ruled that women have the right to choose and can make their own decisions regarding reproductive health. That includes whether or not they want to end an unwanted pregnancy.

The bill also offers zero exceptions for rape and incest, which means women would be forced to carry their rapists’ baby to term under penalty of death or life in prison if she refuses to do so, a cruel prospect that amounts to torture.

The Texas bill would violate Roe v. Wade and would result in an avalanche of lawsuits that would make their way to the Supreme Court where the law would likely be struck down.

Democratic state Rep. Victoria Neave pointed out the hypocrisy of such a bill supported by people who claim to be “pro-life.”

“How essentially one is okay with subjecting a woman to the death penalty for the exact… to do to her the exact same thing that one is alleging that she is doing to a child,” she said.

Anti-abortion forces are more emboldened than ever before now that President Donald Trump is in office and the Supreme Court is now considered more hostile to abortion. Republicans are frothing at the mouth in anticipation of Roe v. Wade being overturned even though such an action by the court would draw an immediate backlash from a majority of Americans as 71 percent oppose overturning the 1973 ruling.

Furthermore, seeing as women have never been as politically powerful as they are right now, Texas would be wise to not go down this road lest they face a backlash from women at a time when the state is already closer to moving into the blue column for Democrats. Women across the country would likely be motivated to act by becoming even more politically involved and would crush Republicans in 2020 and beyond.

Passing this bill would not only be cruel and unconstitutional, but it would also be political suicide for the GOP. But it does prove a couple of things — evangelicals are definitely not “pro-life” and Republicans are anti-women.