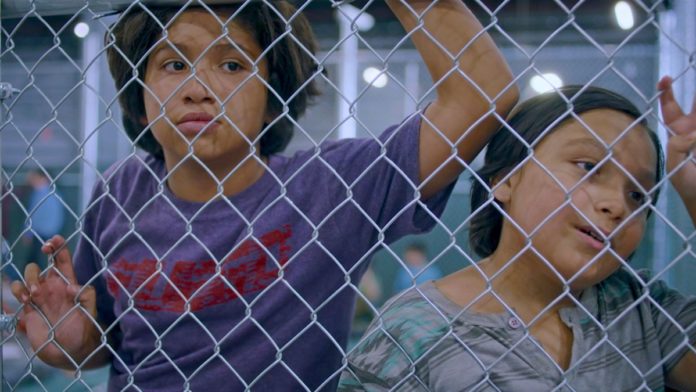 A 15-year-old girl from Honduras is accusing a U.S. Customs and Border Protection (CBP) agent of sexually assaulting her at a detention facility in Yuma, Arizona, according to NBC News:

(The girl) described a large, bearded officer putting his hands inside her bra, pulling down her underwear and groping her as part of what was meant to be a routine pat down in front of other immigrants and officers.

The girl said “she felt embarrassed as the officer was speaking in English to other officers and laughing” during the entire process, according to a report of her account.

Other children in CBP custody also told of incidents in which border agents were verbally or physically abusive to them. A 16-year-old boy from Guatemala recalled that he and others in his cell complained about the of the food and water they were given. In retaliation, the CBP agents removed sleeping mats from their cell, meaning they had to sleep on the cold hard concrete floor.

A spokesperson for CBP issued a statement in response to the allegations which reads in part:

“U.S. Customs and Border Protection treats those in our custody with dignity and respect and provides multiple avenues to report any allegations of misconduct. … The allegations do not align with common practice at our facilities and will be fully investigated.”

Rep. Elijah Cummings (D-MD), chairman of the House Committee on Oversight and Reform, said President Donald Trump’s promises that detained children are being cared for is a blatant lie:

“These allegations are very concerning and need to be fully investigated. The president has denied any problems with these detention centers — despite multiple confirmed reports to the contrary — but it is the Trump administration’s own policies that have contributed to this humanitarian crisis and this lack of accountability.”