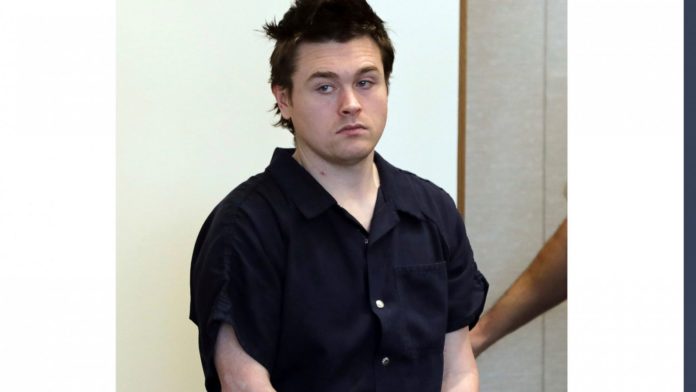 A Colorado man described as a serial cyberstalker who threatened to kill “as many girls as I see” for being romantically rejected was sentenced to five years in prison by a Utah judge on Thursday, according to the Associated Press (AP):

Judge Christine Johnson’s decision to keep Christopher W. Cleary, 27, of Denver, behind bars in Utah went against a recommendation from Cleary’s attorney and prosecutors to sentence him to probation so he could be returned to Colorado to serve prison time there for probation violations.

Johnson said the incident clearly warranted prison time and that she didn’t feel comfortable relying on Colorado to keep Cleary locked up. She said Utah’s board of pardons can decide if Cleary should be transferred to Colorado.

Cleary made his threat on Facebook just hours before women marched across the United States in January to protest the Trump administration. Clearly said he was a virgin who had never had a girlfriend. He was later arrested at a fast food restaurant in Provo, Utah, and claimed he had been upset when he made the posting and meant no harm to anyone.

Prosecutors in Colorado say they are seeking to have him returned for violating his probation. He could face up to 17 years in prison for three stalking cases in his home state.

Investigators said Cleary’s disturbing social media post was not the first time he had engaged in online harassment:

His actions fit a pattern of behavior for a troubled man with a history of terrorizing women he met over the internet. At least eight people since 2012 have contacted authorities to accuse Cleary of stalking or harassing them, according to an Associated Press review of police and court records.

The complaints made against Cleary all fit a larger pattern of threatening violence when he didn’t get his way:

Cleary first came to the attention of police when he was 17 and sent out threatening text messages, including one in which he wrote “I own multiple guns I can have u dead in a second.”