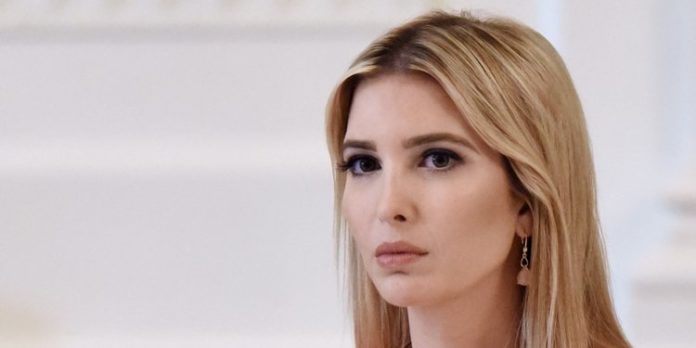 President Donald Trump’s privileged daughter Ivanka Trump is once again set to embarrass the United States on the world stage, this time in India as an Indian diplomat compares her to a “half-wit Saudi prince.”

Ivanka traveled with her daddy to the G-20 summit in Japan over the weekend where she became an international laughingstock after video footage showed her being snubbed by world leaders as she desperately tried to insert herself into conversations.

She even drew outrage and charges of nepotism for taking her father’s seat for a brief time even though she is not the president and has zero diplomatic experience.

Basically, Ivanka was there as a grifter trying to secure business ties with several nations in an effort to enrich herself and her family.

On Thursday, Trump announced that Ivanka would be leading the US delegation at the Global Entrepreneurship Summit in India this November, sparking even more criticism as well as scorn from an Indian diplomat who made it known exactly how Indian politicians and diplomats feel about her.

“We regard Ivanka Trump the way we do half-wit Saudi princes,” the diplomat said, according to The Independent. “It’s in our national interest to flatter them. Yes, it is a shame that the US should be compared to a kingdom. But that is America’s shame, not Modi’s, or India’s.”

That’s a serious burn that the United States is not going to live down any time soon. Clearly, India sees Trump and his family as authoritarians who must be flattered in order to gain favor. And that’s precisely what they are, which is why the Trumps are a threat to our national security and world standing.

If anyone can get what they want from the Trumps by merely flattering them or helping them enrich themselves, our nation is at risk of foreign influence that could hinder us now and into the future. Just look at how Trump treats North Korea after being flattered by Kim Jong Un.

Ivanka Trump is not qualified to lead an American delegation anywhere. And all she is doing is humiliating herself and our country.

If former Presidents Barack Obama or Bill Clinton had let their daughters do these things, conservatives would have been outraged. But as usual, they are nothing more than hypocrites who might as well get a Trump logo tattooed on their backsides. Because he clearly owns them.