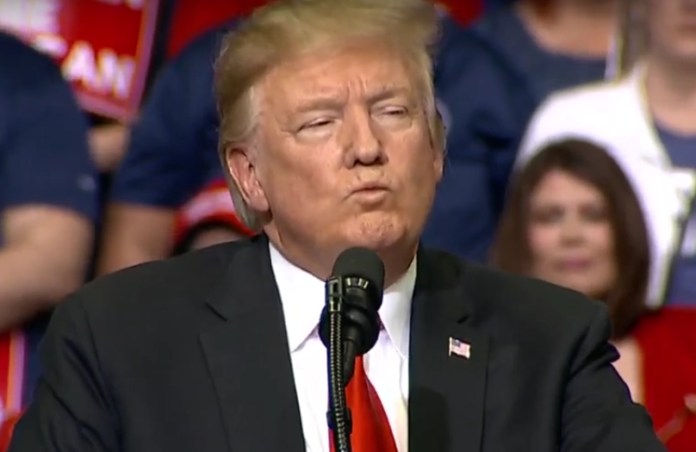 In, perhaps, a humiliating first, a major Florida newspaper dealt a blow to President Donald Trump’s re-election campaign before it even launches in Orlando on Tuesday evening by endorsing anyone but him in a scathing editorial.

As Tuesday began, Trump attacked the media for not reporting on his upcoming rally like it’s the most anticipated and popular event in the United States.

The Fake News doesn’t report it, but Republican enthusiasm is at an all time high. Look what is going on in Orlando, Florida, right now! People have never seen anything like it (unless you play a guitar). Going to be wild – See you later!

The Orlando Sentinel, however, is not enthused. And that’s precisely why the editorial board issued a scathing non-endorsement ahead of the rally instead of waiting until 2020.

“We’re here to announce our endorsement for president in 2020, or, at least, who we’re not endorsing: Donald Trump,” the editorial began. “Some readers will wonder how we could possibly eliminate a candidate so far before an election, and before knowing the identity of his opponent. Because there’s no point pretending we would ever recommend that readers vote for Trump. After 2½ years we’ve seen enough.”

Indeed, the Orlando Sentinel went on to point out a laundry list of reasons why Trump should not be elected to a second term, including his constant lying and playground bully behavior. His inept foreign policy of letting dictators walk all over him as long as they flatter him.

“Flattery will get you everywhere with this president, and that’s dangerous,” the editorial board warned.

The Sentinel even trashed Trump for increasing the deficit after former President Obama had slashed it in half by the time he left office and proceeded to point out that Trump inherited the strong economy that he constantly brags about from Obama.

But, it’s an economy that is now on the edge of a recession because of Trump’s irresponsible trade wars.

The Orlando Sentinel did not have to publish this scathing non-endorsement now. They could have waited until 2020, but because Trump is launching his re-election campaign in Orlando on Tuesday evening, the paper decided to make their stand now so it would have the most effect.

The paper did not endorse a Democrat, cautioning that it would be open to endorsing a Republican who beats Trump in a primary. But that seems highly unlikely, as does Trump miraculously somehow changing his ways in the next year to earn the paper’s respect.

Basically, the paper is endorsing anyone but Trump, and that’s the kind of embarrassment an incumbent president can’t afford, especially in a race where his own internal polling shows him losing by seven points to former Vice-President Joe Biden in Florida and losing in the other swing states as well.

“The nation must endure another 1½ years of Trump,” the paper concluded. “But it needn’t suffer another four beyond that. We can do better. We have to do better.”