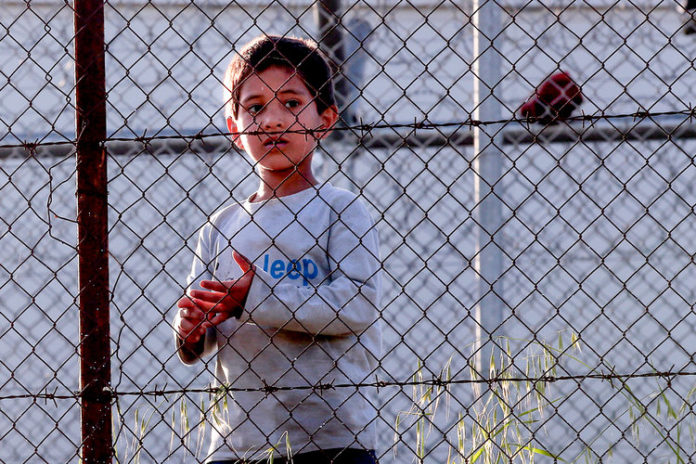 A just-released report from the Office of the Inspector General (OIG) for the Department of Homeland Security (DHS) details the horrific conditions at several immigration detention centers located across the United States, including spoiled, rotten food, and nooses in the cells of detainees, according to ABC News:

At one facility in New Jersey, investigators said the food was “so substandard” that facility managers replaced the kitchen manager in the middle of the inspection.

At two facilities in California and New Jersey, the investigators said they found “immediate risks or egregious violations of detention standards,” including “nooses in detainee cells” and “inadequate medical care.”

Freedom for Immigrants, a non-profit that has been monitoring the conditions at Adelanto and other ICE facilities for years said in a statement after the OIG report was released on Thursday:

“The report’s findings reveal that issues in ICE detention are not isolated — they are systemic. And yet, not one single entity in this detention apparatus is ever held accountable for these human rights violations. This is outrageous. More and more evidence points to the fact that ICE and private prison companies like GEO are incapable of providing for the well-being of immigrants. That’s why we must abolish detention. It’s time to implement humane community-based alternatives that treat people with dignity and respect.”

Three of the four detention facilities inspected are owned by GEO Group, a private prison company that contracts with the federal government. And GEO Group is making a cool fortune now that Trump is president:

“Just this week the private prison company announced a 314 bed expansion at the Montgomery Processing Center in Conroe, Texas. The expansion would bring the total bed count to 1,314. The company is expected to rake in $10 million as a result.”

Apparently, if detaining people and serving them rotten food makes money for Trump’s buddies in the private prison industry, that’s perfectly acceptable to this administration.