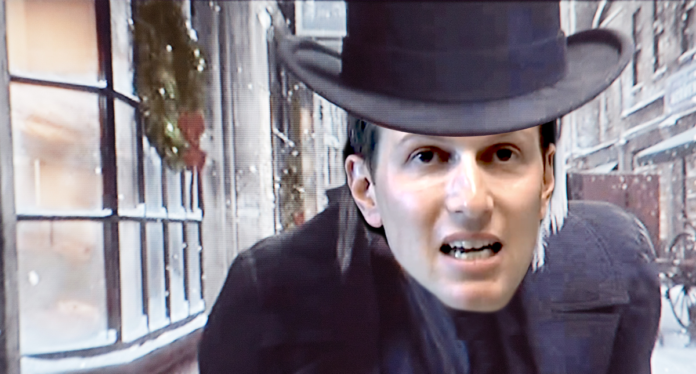 Amid all the chaos following the Stormy Daniels 60 Minutes interview and the hiring of unhinged war-monger and former Fox News contributor John Bolton, the U.S. Office of Government Ethics is now investigating Jared Kushner regarding questionable loans made to the Kushner family real estate company.

It seems Kushner Companies received a whopping $325 million from Citigroup and $184 million from Apollo Global Management after executives reportedly met with Kushner at the White House, according to an earlier New York Times report.

Is there any investigative body that’s not probing this sniveling and corrupt weasel?

Trump’s son-in-law and former secretary of everything stepped down as CEO of his family’s business when he decided to peddle influence in Trump’s White House. Of course, Kushner still has a major stake.

Democratic Congressmen Raja Krishnamoorthi (D-Ill.) first discovered the sinister nature of the loans and eventually sent a letter to the U.S. Office of Government Ethics

Your letter raises questions about the ethical implications of a senior White House official holding a broad portfolio of government responsibilities while also maintaining a financial interest in active business entities … and meeting with potential investors and creditors in those business entities, David Apol, acting director of the ethics office, wrote to Rep. Raja Krishnamoorthi (D-Ill.) in a letter dated March 22.

I have discussed this matter with the White House counsel’s office in order to ensure that they have begun the process of ascertaining the facts necessary to determine whether any law or regulation has been violated, Apol added. The White House informed me that hey had already begun this process.

Kushner’s real estate company came under fire for a series of violations, including an NY City Council Probe for filing false paperwork for profit. According to the probe, Kushner declared it had zero rent-regulated tenants in dozens of buildings across the city when it actually did.

The fact remains that Kushner’s continued stake in his family’s business has precipitated a whole slew of unsavory entanglements with his White House job. That he failed to obtain a security clearance clearly shows his personal interests are creating a massive conflict of interest, which is pretty much the norm with the most unethical and corrupt government in modern history.