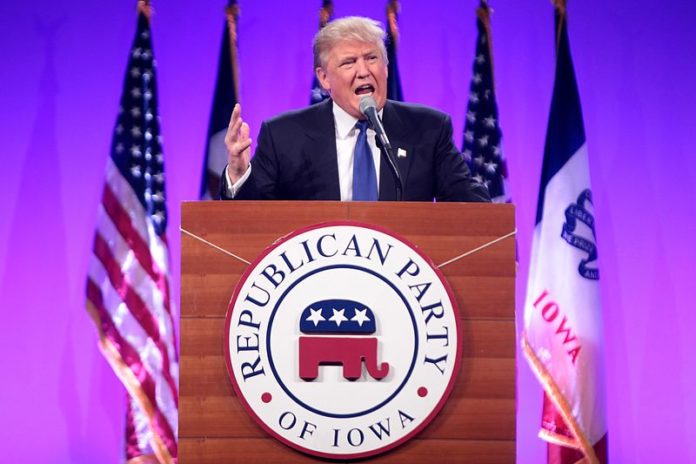 An Iowa factory worker ripped President Donald Trump this week for lying about keeping manufacturing plants and jobs in America after Siemens shuttered the oldest factory in the region, putting 125 people our of work just before Christmas.

Robert Morrison worked at the factory for three decades and he was listening when Trump referred to himself as the “greatest jobs president that God ever created.”

“If you invoke the Almighty, you’d better deliver,” Morrison wrote in an op-ed this week criticizing Trump.

But earlier this year, Siemens decided to close the factory and shift all the jobs overseas despite Trump’s promise to “Make America Great Again” by protecting jobs and preventing plant closures.

“I spent 31 years working on machines that make parts for steam turbines at the Siemens factory in Burlington, Iowa, the oldest continuously operating, manufacturing facility west of the Mississippi,” Morrison continued. “When our plant closes its doors on Friday, we will be saying goodbye to another factory that made America great. And the unfortunate truth is that the death of our factory and other Siemens-owned facilities across the United States are the result of another damned Donald Trump lie.”

Indeed, General Motors, Ford, Harley Davidson and several other corporations have also decided in recent months to close factories and move jobs overseas, citing Trump’s trade wars as the cause.

Morrison wrote to the White House pleading for Trump to sign an executive order to stop the closure, explaining that Trump can do this because Siemens receives federal contracts.

But Trump refused, and claimed the issue is a state and local matter all while ignoring his previous promises on the campaign trail in 2016.

The president is wrong. This isn’t just a state or local matter, or even just a corporate greed matter.

As the CEO of America Inc, Trump has the power to tell a company like Siemens to keep our plant open. He could demand that as a federal contractor, they can’t send our jobs overseas. All he would have to do is sign an executive order.

“My job at Siemens allowed me to buy a house and a car, put food on the table and pay my medical bills,” Morrison wrote. “It’s one of the few decent-paying jobs left in our community.”

In fact, Morrison and his colleagues would have been left with nothing had it not been for the labor union he belongs to, which secured a severance package that will provide temporary relief for now. But the future is in doubt.

“When Siemens shuts its doors on Friday, what kind of economic opportunities will my son – or his son – have?” Morrison asked. “Our community is angry. I’m angry.”

The factory in Burlington and Morrison’s job can’t be saved. It’s too late. But Trump can prevent this particular kind of closure from happening again. And if he doesn’t, Morrison and his community intend to make sure Trump is a one-term president.

Trump’s trade wars are hurting workers and businesses across the country as production costs rise. His steel and aluminum tariffs, in particular, have had devastating effects.

And just as Iowa voted for Trump in 2016, so did other red states where jobs are being lost and businesses are shutting down because of his trade wars.

At some point, Trump’s supporters are going to realize that he’s the one hurting them, and just like the people of Burlington, they will retaliate by supporting someone else who will actually protect American jobs.