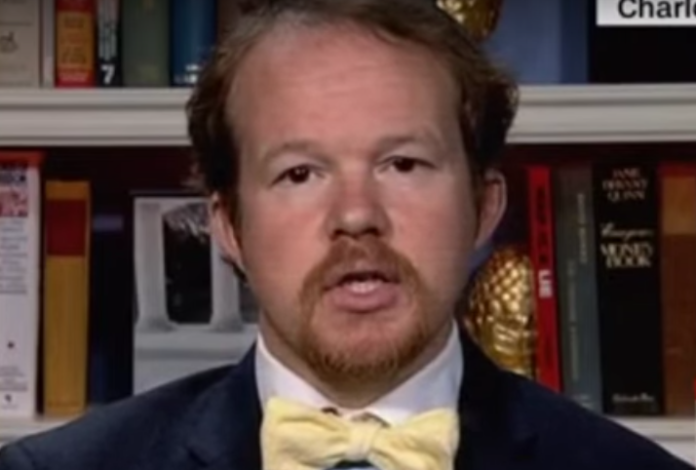 University of Virginia historian Waitman Wade Beorn led a platoon during the Iraq War, and even he is disgusted by President Donald Trump’s disrespect for military law by pardoning convicted war criminals.

As Memorial Day approaches, Trump thinks pardoning these disgraces to the uniform is the best way to honor the law-abiding men and women who have served our country.

Trump recently pardoned an ex-serviceman who repeatedly stabbed an innocent civilian in the neck.

He was in prison after being convicted by his military peers. Now Trump is sending a message to troops that they can commit war crimes and get away with it, an action that has even been condemned by a former Army JAG lawyer.

Beorn told CNN on Monday morning that as commander-in-chief, Trump is sending a dangerous message and flouting hundreds of years of military precedent and law, including the Geneva Convention, that governs the way soldiers conduct themselves on the battlefield in relation to innocent civilians who are caught in the middle of a war.

When asked if members of the military are pushing Trump to issue these pardons, Beorn replied that he has not heard of any veteran or active-duty soldier making such requests, including his own friends.

“Those friends that I have that are still in, I think, are insulted and offended by this,” Beorn said. “One of the hallmarks of the military, the United States military is we take risks, we go to different lengths to try to avoid these kinds of civilian casualties.”

Indeed, police officers in the United States have been criticized for treating American civilians worse than how the military treats civilians in foreign lands.

Beorn then made it clear that Trump is pardoning killers who have disgraced the uniform.

“This is not even a fog-of-war judgment call kind of situation,” he said. “These are premeditated, cold-blooded murders. It gives everyone a bad name, every veteran that’s served, every American that hasn’t served, it makes us all look bad.”

He concluded by pointing out that Trump’s pardons will result in our enemies committing war crimes against us.

“It encourages our enemies to behave in a similar form,” he said. “If we’re not abiding by our own values, then why should they?”

“It encourages our enemies to behave in a similar form. If we’re not abiding by our own values, then why should they?” https://t.co/CBKkaWpi5v pic.twitter.com/4cp0hsMLoR

Trump is only disrespecting our troops and veterans by pardoning these monsters. They were rightfully convicted by their peers and received fair trials. They should have to serve their time. Instead, Trump is rewarding them as if they did nothing wrong. Just when you thought Trump could not stain the office he holds any more than he already has, he does something like this that further degrades our country.