The United States Blues
Home News Irony Alert! Eric Trump says ‘facts do not matter’ to those who... 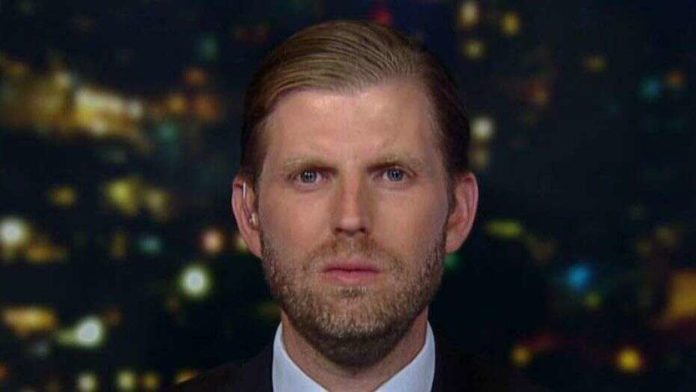 According to Eric Trump, son of President Donald Trump, “facts do not matter” to members of the media and those who criticize the administration are blatantly lying.

Feel free to take a moment so you can laugh and shake your head.

During an appearance on “Hannity,” Tuesday evening as disastrous election results were coming in from Kentucky and Virginia, Eric remarked:

“Facts do not matter to these people. If it helps their little political agenda, if it helps them get something they want, if it appeases their bosses and the higher-ups in the mainstream media, they’ll lie, they’ll deceive, they’ll fraud.”

There’s a lot to unpack here, but let’s take a second and address Eric’s accusations:

If Eric and the rest of the Trump family cannot handle the criticism that comes with public office and being public figures, then maybe they all need to pack their bags, buy a remote island, and disappear for a decade or two.

This endless whining from the Trumps — especially the president himself — is absurd. Again, there’s a simple solution to the problem: President Trump can resign his office and disappear from public life. Millions of us would love to see that happen.