The United States Blues
Home News Is the Trump family profiting from insider trading based on POTUS tweets?... 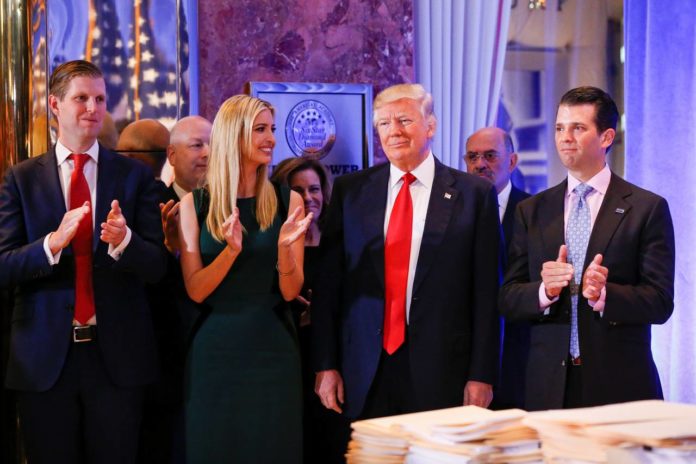 Suppose you knew in advance of the stock market opening each day which company or sector of the economy President Donald Trump was going to attack or express support for via his tweets. Wouldn’t you figure that gave you a significant advantage over the other traders in the market?

My twitter feed is asking a legitimate question: are @realDonaldTrump’s businesses and family profiting from insider knowledge of his pending — market-moving — tweets, comments and bargaining stands? My guess would be yes. The real questions are: who is doing it for him and how?

Now let’s suppose you owned some of those stocks and wanted to short them so you could make a killing when they tanked. If you had advance knowledge of what decisions Trump was going to make on tariffs or trade, you could use that information to buy or sell accordingly, and that’s the very essence of insider trading, which is defined as:

“The buying or selling of a publicly traded company’s stock by someone who has non-public, material information about that stock.”

Is it hard to believe that a man as corrupt as Donald Trump would share his tweet subjects  with family members before he sends them if he knows they will affect a stock or sector of the market? Does anyone honestly believe he would hesitate to help his children make some extra coin, provided they also made some for him and the Trump Organization?

Of course, Howard Fineman has no proof to back up his assertion, but as he himself noted, the only real questions that need to be answered are who is doing this insider trading for the president, and how? If we can answer those, we might have all the evidence necessary to charge Donald Trump with high crimes and misdemeanors.