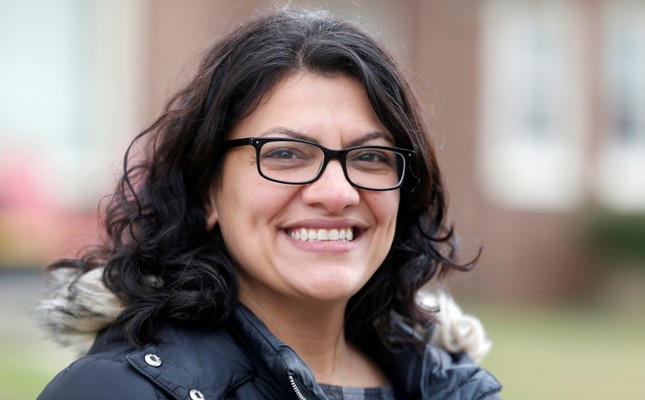 A day after refusing to permit two Muslim members of Congress to visit Israel, the Israeli government partially relented and allowed entry to Rep. Rashida Tlaib (D-MI) for the purpose of visiting her elderly grandmother who lives in the West Bank.

Tlaib had written a letter to Israeli Interior Minister Ayreh Deri asking for entry on a humanitarian basis:

The letter Rep. Rashida Tlaib sent to Israeli Interior Minister Ayreh Deri requesting a visit to her family in the West Bank, in which she promises to “respect any restrictions” and “not promote boycotts against Israel during my visit.” pic.twitter.com/2HUjAkYMaY

Minutes after learning that she would indeed be allowed to travel to the West Bank, Tlaib announced via Twitter that she had changed her mind and would not make the trip, citing her ongoing fight against racism, oppression, and injustice:

When I won, it gave the Palestinian people hope that someone will finally speak the truth about the inhumane conditions. I can’t allow the State of Israel to take away that light by humiliating me & use my love for my sity to bow down to their oppressive & racist policies. https://t.co/OYIwExV0ga

Silencing me & treating me like a criminal is not what she wants for me. It would kill a piece of me. I have decided that visiting my grandmother under these oppressive conditions stands against everything I believe in–fighting against racism, oppression & injustice. https://t.co/z5t5j3qk4H

All of the back and forth between Tlaib, Omar, and the Israeli government was largely due to President Donald Trump’s insistence on getting in the middle of the impasse, tweeting out Thursday that Israel should refuse to allow the two members of Congress passage to the country, despite a long tradition of American allies allowing fact-finding missions. Since the U.S. gives Israel $4 billion annually, that seems like the least Prime Minister Benjamin Netanyahu can do. As Senator Bernie Sanders (I-VT) noted Thursday: