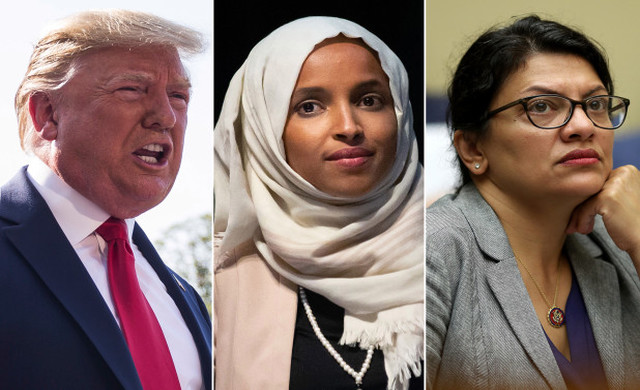 The government of Israel is facing harsh criticism for a decision to deny entry to two Muslim members of Congress — Reps. Ilhan Omar (D-MN) and Rashida Tlaib (D-MI) — shortly after President Donald Trump tweeted out criticism of the two.

Israel on Thursday announced that it would deny … entry to the country during an upcoming overseas trip, citing the lawmakers’ past comments critical of the territory.

The decision was announced moments after President Trump tweeted that it would show “great weakness” for Israel to allow the two congresswomen into the country, calling them a “disgrace.”

Encouraging a foreign country to deny entry to two elected officials of the U.S. government is an unprecedented move, especially as it appears the move was made to mollify Trump.

Announcing the move, Deputy Israeli Foreign Minister Tzipi Hotovely said the country would not “allow those who deny our right to exist in this world to enter.”

Within minutes of the decision by Israel, social media erupted with outrage:

Israel has been banning critics, including Jewish ones, from entering Israel (& the West Bank) for years. Banning US Congress members is yet another new low as this country abandons all but the pretenses of democracy. The Trump Admin urged this but I doubt it took much work: https://t.co/93FGyJ9ulv

Incredible, Israel to bar two sitting US members of the congress that funds its segregationist state from entering the country bc of their political views. This is authoritarian behavior https://t.co/IbcyX6Q7tB

Much of the criticism was aimed at President Trump:

Signal to your white supremacist buddy @netanyahu no doubt.

America and Israel should be ashamed that you are both in office. That’s the disgrace.https://t.co/sScf6Q82xD

Just a reminder that this man, who wears the pin of an actual Nazi organization, is welcome in Netanyhu’s Israel.https://t.co/bl6LbfVCxr

This is reprehensible, and sets a new low for the Office of the President.

Criticism of the government of Israel, does not equate to antisemitism.

When you conflate the two, you are doing so for political terms. It’s calculated and treacherous.

IMPEACH! This is an outrage! When will our Congress act against this maniac? Does he really have to shoot someone in the middle of 5th Avenue. He’s right. We’d even put up with that. We’ll get what we deserve.