The United States Blues
Home News It only takes simple math to fact-check Trump claim about winning in... 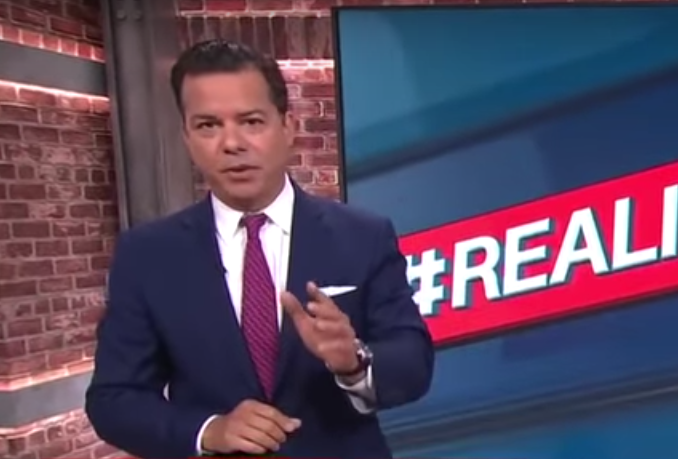 CNN’s John Avlon brutally fact-checked President Donald Trump on Friday for claiming that he can win re-election in 2020 with only his base.

During his re-election campaign kick-off rally earlier this week in Orlando, which drew an early non-endorsement of Trump by the Orlando Sentinel, Trump bragged that he doesn’t need swing states to win in 2020. He just needs his base supporters, a claim he also repeated to Time magazine.

His remarks followed the release of devastating polls showing him losing to Biden and other top Democratic candidates in several critical states. Even Trump’s own internal campaign polls show him losing badly.

Despite his terrible poll numbers, Trump claimed he only needs his rabid supporters to win.

But Avlon used simple math to give Trump a “Reality Check” that should have Republicans panicking.

“Donald Trump doesn’t need no stinking swing voters to get re-elected,” Avlon sarcastically began. “He said ‘I think my base is so strong, I don’t think I have to do that,’ and this is play to the base on steroids but it fits the way he’s governed.”

Avlon pointed out that Trump’s approval rating has never been above 50 percent, and reminded viewers that no president has won re-election with negative numbers.

“Trump is massively popular within the Republican Party,” the CNN analyst continued. “But he’s the only president in the history of Gallup polling never to be above 50 percent approval rating in his presidency and no president has been re-elected with a net negative rating. No matter what Trump believes, he can’t safely ignore swing voters and be re-elected and that’s because the base isn’t big enough to win on its own.”

Avlon than went over the raw numbers, observing that Trump’s base only represents 30 percent of the country and that Democrats won independent voters in 2018 by a wider margin than Trump won the group in 2016, propelling them to majority control of the House.

“Only 30 percent of Americans identify as Republican, Democrats 31 percent while independents are a plurality of American voters at 38 percent, ” he explained. “Donald Trump won the independent vote over Hillary Clinton 46 percent to 42 percent. In part that may be because Trump was seen as less conservative than past GOP nominees. But here’s the big warning sign for Trump’s re-election. Democrats won independent voters big-time in the 2018 midterms by a 12-point margin and that’s three times what Trump won them by before — and that trend is not Trump’s friend.”

Avlon then looked at the electoral map and pointed out all the battleground states before giving Trump the bad news that he is “underwater in all of them” according to the recent polling, his own internal polling and a Fox News poll included.

In the end, Avlon assured Trump that swing voters will determine the election regardless of what his “gut” tells him.