The United States Blues
Home News Ivanka Calls For Prison Reform For Women As Demands To ‘Lock Her... 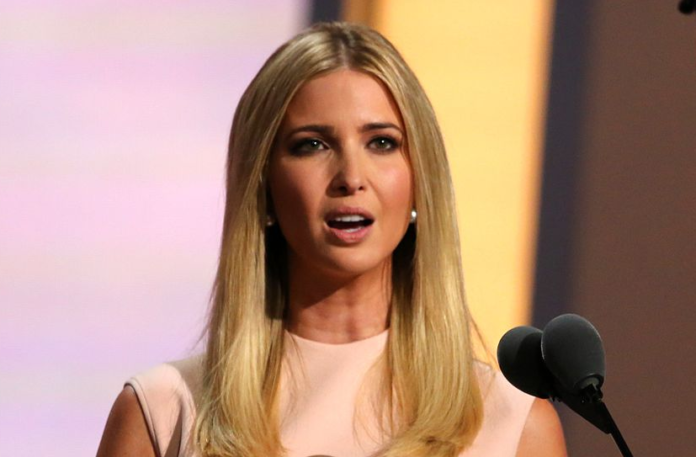 President Donald Trump’s attacks on Hillary Clinton came back to haunt him this week after his daughter Ivanka was exposed for using personal email to conduct government business. And the calls to “lock her up” have been raining down.

In the mother of all hypocrisies, Ivanka was caught using her private email account for much of 2017.

Perhaps this report would not be so significant if not for the fact that Ivanka’s daddy has been whining about Clinton using her personal email account to conduct government business since the 2016 Election and has encouraged his cult to chant “Lock Her Up!” at every rally.

Now that his own daughter has her own email scandal, his White House is desperately arguing that Ivanka’s use of a personal email is different.

But it doesn’t matter how different her situation is, the bottom line is that she is not supposed to use a personal email to conduct government business, even if it’s just to fix a scheduling issue.

Ivanka is also excusing her illegal activity by claiming she didn’t know the rules after months of hearing her dad attack Clinton for doing the same thing.

And ethics watchdog groups are calling for an investigation.

“The president’s family is not above the law, and there are serious questions that Congress should immediately investigate,” American Oversight executive director Austin Evers says. “Did Ivanka Trump turn over all of her emails for preservation as required by law? Was she sending classified information over a private system?”

No matter how Trump’s team tries to spin it, Ivanka broke the law and committed one of the biggest acts of hypocrisy since her father took office, which resulted in Americans calling for her to be locked up.

Ivanka Trump pleading ignorance to the rules against using personal after her Dad ran an entire campaign attacking Hillary Clinton for doing that exact thing is proof she is either the most entitled or the dumbest person on the planet https://t.co/AIC2175tc6

So Ivanka Trump is guilty of precisely the same misdemeanour for which her father and his supporters insisted Hilary Clinton should be jailed. And the media still hasn’t worked out how to process the unprecedented scale of his hypocrisy and corruption.

Everyone who chanted “#LockHerUp” for #Hillary are now doing the same for #IvankaTrump.

Just so you’re consistent for once, since you did this with regard to Hillary Clinton’s “emails,” you should probably start a “lock-her-up” chant at your rallies for your daughter, Ivanka. Just sayin’…#IvankaTrump

Curiously, as the email scandal broke and calls to “Lock Her Up” started coming out, Ivanka took to Twitter to call for prison reform for women.

Four out of five women behind bars are mothers.

Stand with us in calling on Congress to pass the #FirstStepAct and help restore dignity for incarcerated women. #DignityforIncareratedWomen https://t.co/8sQFptUmsY

I guarantee you one thing. We are going to be talking about those emails every moment of every day. Crooked Ivanka’s emails. This is the biggest scandal since Watergate. She lied like a dog on her emails. She should be in prison. Your dad’s words, not mine. #LockIvankaUp

The timing on this post is priceless. #emails #lockherup

Hopefully you’ll be finding out firsthand!!! How ’bout them emails??? The “Lock Her Up” chants have never seemed more relevant!!!!

You really could’ve done some good work. But everything you try is tainted by your family.That’s extremely clear today, as it came out (again) that you’ve been doing the same thing your father said “lock her up” for.Your scandals are overshadowing necessary prison reform. Resign.

Oh, this is just too easy. I have to ask, is your sudden concern about incarcerated women because maybe you…nah, can’t be.

But just in case, maybe it’s a good idea to plan ahead. Good luck!

Hey – that reminds me when your whole crime family was chanting “lock her up” to demand that a mother and grandmother be locked up for the audacity of keeping a private email server.

And look at you, Kremlin Barbie. Doing worse.

Clearly, Ivanka Trump potentially broke the law and went full hypocrite, and now Americans are rightfully calling her out for it. It’s karma really. Hillary Clinton must be laughing her ass off right now.