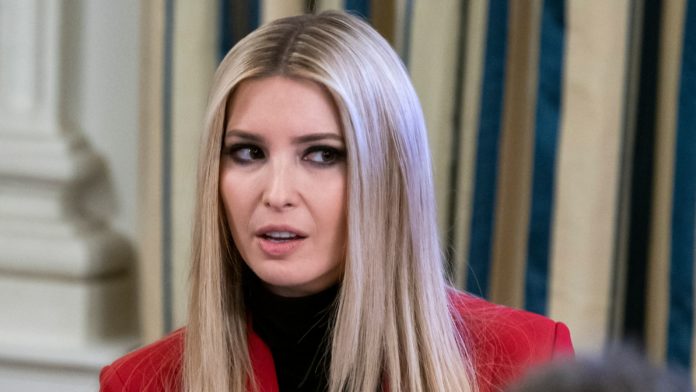 According to financial disclosure forms released Friday by the White House, Ivanka Trump, who serves as an adviser in the Trump administration, earned $4 million in 2018 from the Washington, D.C., hotel owned by her father, Bloomberg reports:

Ivanka Trump made $4 million from her investment in her father’s Washington hotel last year, according to a disclosure released by the White House on Friday.

She also made at least $1 million from her line of branded apparel, jewelry, and other merchandise, down from at least $5 million in the previous year. Trump, 37, announced in July that she was closing her fashion businesses amid controversies over her role in the White House and after some big-name department stores dropped the brand.

That $4 million is just the tip of the iceberg for Ivanka and her husband, Jared Kushner, who also serves as a senior adviser to the president:

Together, Trump and husband Jared Kushner earned between $28.8 million and $135.1 million in outside income while working as unpaid senior advisers to her father, President Donald Trump, their disclosures, which covers 2018, show.

Much like her father, Ivanka Trump refused to give up her ownership in her private business interests after the 2016 election, which has left them open to charges of conflict of interest and suggestions they may be conflicted when it comes to influence from foreign countries.

One of the most recent potential conflicts of interest involving the president, Ivanka, and Jared Kushner occurred when the Crown Prince of Saudi Arabia, Mohammed bin Salman, was accused of ordering the murder of Washington Post journalist Jamal Khashoggi. The president refused to punish the Saudi government for their possible involvement in the matter. It has been suggested that both Kushner and the president have financial ties to Saudi Arabia which may have played a role in the decision to excuse Bin Salman’s ties to the murder.