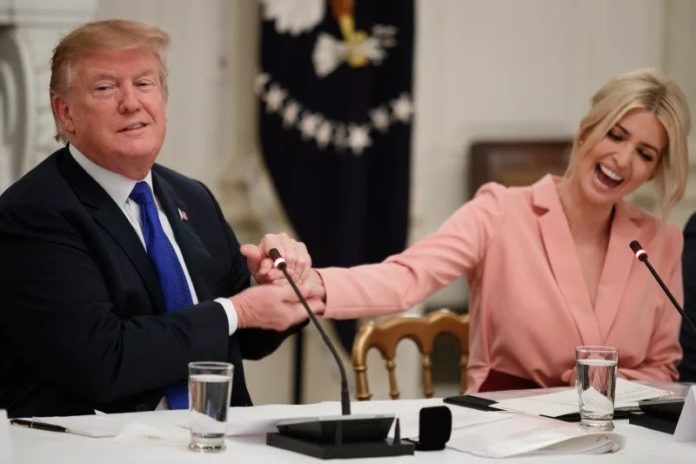 First Daughter/White House adviser Ivanka Trump has announced that she’s traveling to the state of Alabama this week, and it didn’t take long for Twitter to respond.

The daughter of and adviser to President Donald Trump shared an AL.com report that said she would be at the Alabama Robotics Technology Park in Decatur on Tuesday for a workforce development announcement.

Ivanka’s announcement comes just days after her father, President Donald Trump, stuck his foot in his mouth by claiming that Alabama “will most likely be hit (much) harder than anticipated” by Hurricane Dorian. He then defended that position for several days despite evidence to the contrary.

That was all it took for a full-scale mocking on social media:

Even with the hurricane?!?!

Will you be surveying the hurricane damage there?

Hang in there Alabama. The paper towels are on their way. https://t.co/7TKr7WR12e

I thought the state was under water? Who am I supposed to believe now??

Hope you find that hurricane your dad keeps tweeting about?

“President Daddy told me to bring back pictures of the hurricane damage…because he was right all along!”

“I’m working to empower women to keep working so their tax dollars can be spent at my Daddy’s hotels!”#unwantedivanka #GrifterBarbie

Be careful….all that devastation from Dorian…..

As a former Alabama resident, all I can say is…Alabama almost deserves a visit from you. Almost. But then I realize no state deserves that kind of punishment. #NepotismBarbie

Apparently the point of the sharpie circle was to warn the people of Alabama of the incoming cyclone of hypocrisy and self-dealing antics of the Trump family’s designated ‘good cop’ in all her fraudulent glory.

Be careful, Daughter-Wife Ivanka! Daddy used a Sharpie to draw a Category 5 Hurricane (never before seen) going to Alabama so it might go there now!