The United States Blues
Home National News Ivanka Trump gets heaped with scorn for her tone-deaf tweet about mass... 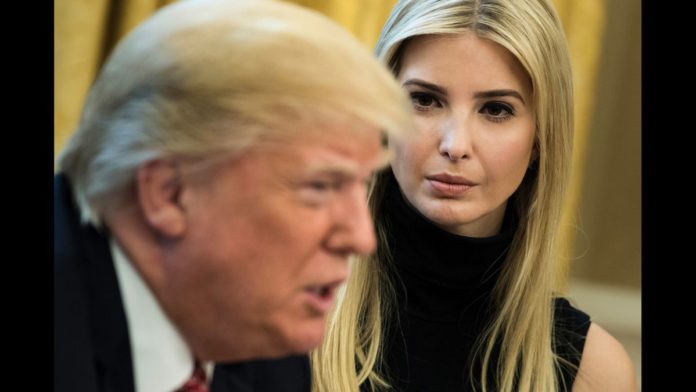 Even though the suspected El Paso mass shooter used some of the same language regarding immigrants as President Donald Trump. First Daughter Ivanka Trump felt a need to add her voice to the outcry over the crime.

On Sunday, Ivanka took to Twitter and posted this:

As our nation mourns the senseless loss of life in El Paso, Texas and Dayton, Ohio and prays for the victims and their loved ones, we must also raise our voices in rejection of these heinous and cowardly acts of hate, terror and violence.

As you might expect, that didn’t sit well with many on social media, who reminded her that her father is partially complicit in the crime:

When I ask myself, “How callous, irresponsible, and lacking in self-awareness can she be?”—you respond eloquently with a tweet like this, and I know.

This is your Dad’s fault.. so by default it’s your fault! Their Blood is on your hands!

So you’re raising your voice against your fathers rhetoric ?

Your daddy stokes the flames princess

At a rally in Ohio 3 days ago, your father and brother attacked Rep. Cummings, a lead critic of your father’s brutal treatment of Mexican migrants at the border. We now have a mass shooting at a border town and one in Ohio. Sit down. No wants to hear from you.

Prayers aren’t keeping people from being shot. This country needs for the PRESIDENT to stop inciting hate every time he SPEAKS or TWEETS, and we need some common sense gun laws. You people are COMPLICIT and the blood is ON YOUR HANDS. 🖕

Yes, we should raise our voices in rejection of your father, who “jokes” about shooting people on Fifth Avenue and “joked” at this White Supremacy rally when he asked how you deal with migrants crossing the border and some #MAGA nut yelled, “SHOOT ‘EM!”pic.twitter.com/KV7tt739Ve

Your family is fueling the fire of hate in our country (“Send her back” is clear example). Some of this blood is on your hands. The best way for you to help combat hate is to leave the White House.

ABOUT US
Lefties, Liberals, Progressives, Social Justice Warriors, Old Hippies, Concerned Millenials, Reformed Republicans and Democrats of Whatever Stripe – Welcome Home! We offer aggregated news – which means our writers credibly source and report on the news of the day. In all fairness, our team leans left and may editorialize from time to time but we are committed to giving you the facts. No tin-foil hat conspiracy theories here! Our Activism Resource Database is second to none and covers the spectrum from Animal Rights to World Peace (there were no categories that begin with Z). We make every effort to give you the most current information on ways you can make a difference. Whether you are an Armchair Activist or Full-Blown Social Justice Warrior we have something for you.
Contact us: [email protected]atesblues
FOLLOW US
© 2019 TheUnitedStatesBlues.com
This website uses cookies to ensure you get the best experience on our website. Learn more.