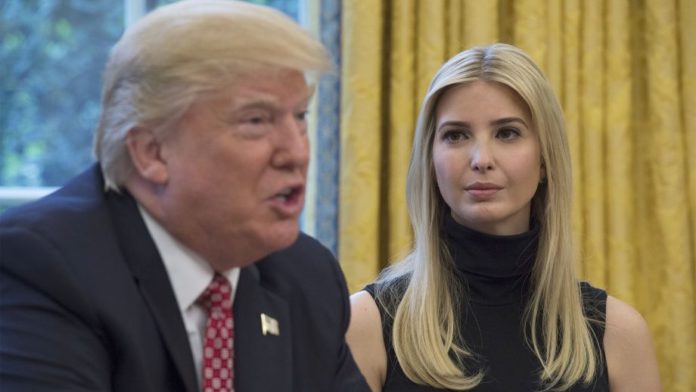 March was Women’s History Month, so Ivanka Trump thought she’d weigh on in the matter right as it was ending, but based on the reaction her comments drew, she probably should have kept her thoughts to herself.

On Sunday, Ivanka posted this on social media:

Women’s History Month may be coming to an end but every month is a good month to celebrate and encourage women pursuing an education, a career, and the fulfillment of their individual dreams! #WomenInSTEM @NSF pic.twitter.com/ek99uk4tAM

As HuffPost notes, Ivanka’s tweet comes on the heels of the recent budget proposal from the Trump administration that would cut numerous programs for American women:

“The Trump administration just proposed billions of dollars of cuts to the education budget. It also aims to slash an educational program provided by NASA to boost engagement in science, technology, engineering and math — the kind of operation the first daughter touts for girls.

“Another startling incongruity in Trump’s post was a video she shared that opens with a Latina girl working on a model of a wind turbine. Commenters noted that Donald Trump is fighting to keep Latin American immigrants out of the U.S. — or caging them. He has also mocked wind power, saying it can’t work because wind ‘only blows sometimes’ and then TVs would shut off.”

Is she building a wind powered device? What happens when the wind stops blowing?

Funny how Ivanka only thinks that STEM involves computers, coding, and Insta ready pictures.
Who’s going to tell her SCIENCE is a 4-letter word in the administration of @realDonaldTrump?

NO ONE in America believes you disgusting Trump people care about anyone besides YOURSELVES. You are the WORST of humanity. Thank you for being the example we teach our kids NOT TO BE LIKE.

Ha ha ha ha…LOL…haaaa haaaa ha! Oh wait! You’re serious? Please go back to designing your handbags & start paying those making them a decent living wage, AND start making them IN AMERICA…then you can have a serious discussion about Women in history.