The United States Blues
Home News Ivanka Trump: I have ‘zero concern’ that Mueller will indict anyone in... 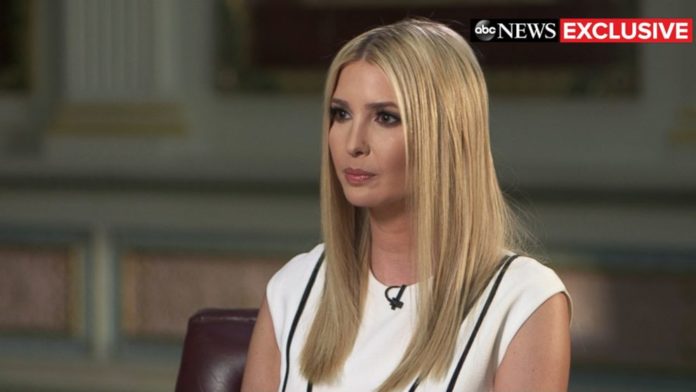 In an interview with ABC News, Ivanka Trump downplayed her role in trying to arrange a deal to build a Trump Tower in Moscow and said she isn’t the least bit worried that the investigation being conducted by Special Counsel Robert Mueller will implicate anyone in her family.

Speaking with Abby Huntsman, Ivanka declared that she had very little to do with the deal to build a Trump-branded building in Moscow:

“Literally almost nothing. We were an active business.

“There was never a binding contract. I never talked to the — with a third party outside of the organization about it. It was one of — I mean we could have had 40 or 50 deals like that, that were floating around, that somebody was looking at. Nobody visited it to see if it was worth our time. So this was not exactly like an advanced project.”

The president’s oldest daughter also maintained there was nothing unusual about the Trump Organization trying to do business in Russia:

“It’s not like it’s a strange thing, as a hospitality company or a development company, to have a hotel or a property in Russia. We’re not talking about Iran. It was Russia. And we weren’t even advanced enough that anyone had even visited the prospective project site. So it really was just a non-factor in our minds. I’m not sure that anyone would have thought of it.”

Is Ivanka worried that members of her family may wind up being indicted or charged as a result of the Mueller investigation into the 2016 election? Huntsman inquired. The First Daughter replied:

“I think this country, though, whether you’re a Democrat or Republican, can come together around the idea of comprehensive immigration reform. This is one that both parties recognize is — problematic, that we have a deeply flawed immigration system. And there needs to be a fix for it.”

While Ivanka says she has no worries about members of her family being legally exposed in the Russia probe, she might want to consider that both her brother, Don Jr., and her father are neck deep in the matter and may well wind up paying a steep price for their actions.