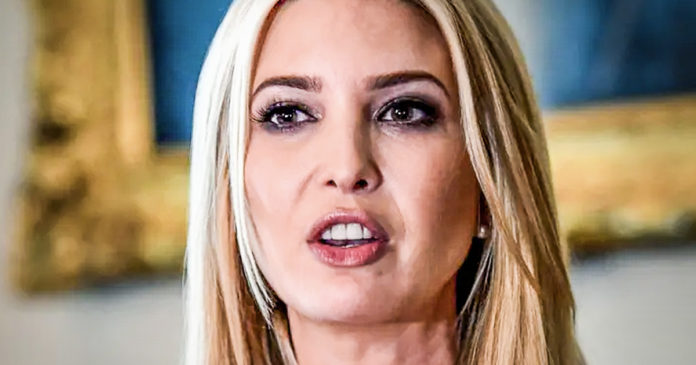 According to Ivanka Trump, who serves as an adviser to the president, most Americans aren’t really interested in a Green New Deal to save the environment, the promise of work, or a higher minimum wage.

Speaking to Steve Hilton of Fox News, Ivanka was asked:

“You’ve got people who will see that offer from the Democrats, from the progressive Democrats, Alexandria Ocasio-Cortez: ‘Here’s the Green New Deal, here’s the guarantee of a job,’ and think, ‘yeah, that’s what I want, it’s that simple.’ What do you say to those people?”

“I don’t think most Americans, in their heart, want to be given something. I’ve spent a lot of time traveling around this country over the last four years. People want to work for what they get.

They also want to be able to pay their bills and provide for their families, but the first daughter neglected to address that issue.

Asked about the 2020 election, Ivanka said she’s convinced that the vast majority of voters will choose the vision her father will present versus the one Democrats will be offering:

“So, as an American, families sitting down and thinking about their financial situation relative to a month ago or a year ago, America is doing very well and it stands in quite sharp contrast to the rest of the world. So, not only are we doing well, much of the world has slowed down in terms of the pace of their growth.”

Indeed, the 2020 election will offer a very stark contrast between a man who thinks money is the god we should all worship and Democrats who happen to believe that the playing field isn’t even and want to see an economic system that also provides for the most needy in our society. But if Ivanka thinks her father offers anything other than greed, lies, hatred, and fear, then she’s deeply deluded.