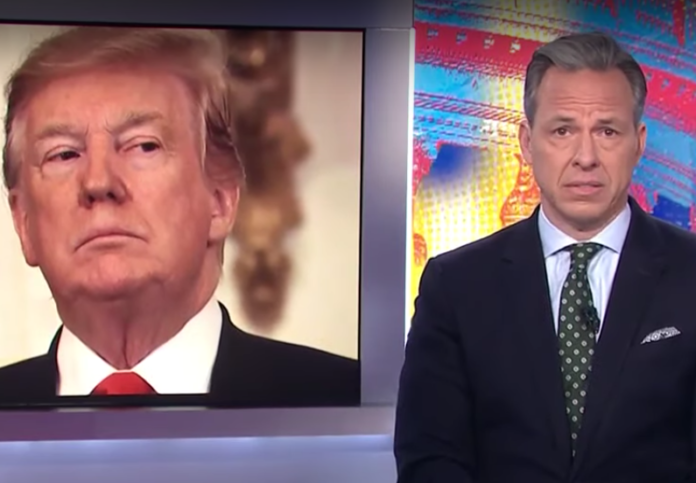 Conspiracy theories naturally followed upon reports of Epstein’s death, with many suspecting that Trump had a hand in it to keep his old associate from talking, especially since Trump has been implicated in raping underage girls and both men ran suspicious “modeling agencies” and attended the same parties.

Now that Epstein is dead, anything he knew about Trump’s sordid history will not be known beyond what victims say happened.

Rather than rising above the conspiracies, Trump perpetuated one of his own by retweeting a post accusing Clinton of somehow having Epstein killed.

The tweet drew instance backlash because sharing such a conspiracy is beneath the office of the president. Furthermore, Trump is basically claiming that Clinton somehow circumvented the federal prison system, Trump’s own Department of Justice and Trump himself to get to Epstein.

Seriously, Epstein’s death happened on Trump’s watch, and if anyone is in position to have an inmate killed in federal prison to keep them quiet, it’s Trump, especially since his lackey Bill Barr is clearly willing to do his bidding.

In response, Tapper ripped Trump a new one on Sunday.

“The state of our union is appalled,” Tapper said. “We begin with morning with a retweet from the president of the United States. Not a message about healing or uniting the country, one week after two horrifying massacres, not about the victims of the tragedies, instead President Trump using his massive Twitter platform, 63 million followers to spread a deranged conspiracy theory. Tying the death of pedophile Jeffrey Epstein in prison to the president’s former political rivals, the Clintons.”

“President Trump could use his megaphone for anything, but the president often uses it to amplify that which is the worst of us,” he continued. “Personal attacks, bigotry, and insane conspiracy theories. This is not the first time that President Trump has chosen to use his amplified voice to spread conspiracies. He lied about President Obama’s birthplace. He suggested Ted Cruz’s father might have been involved in the JFK assassination and lied that he saw American Muslims on TV celebrating 9/11 when there is no such tape.”

“This is no longer irresponsible and indecent,” Tapper concluded. “It’s dangerous.”

“Ridiculous, and of course not true– and Donald Trump knows it. Has he triggered the 25th Amendment yet?” the statement read.