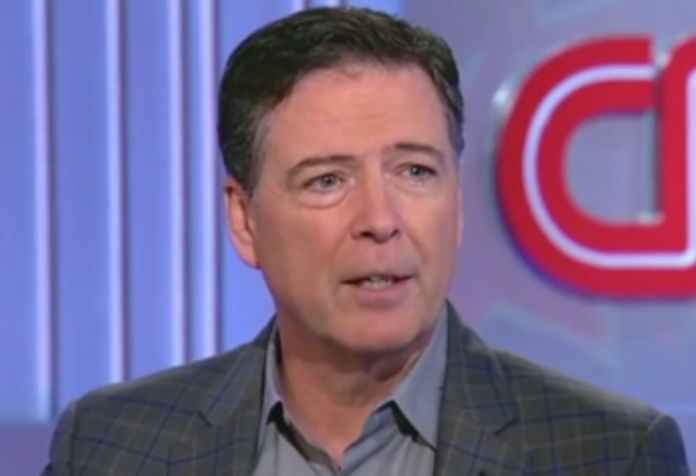 Former FBI Director James Comey appeared at a town hall event on CNN Thursday night where he took questions from the audience, many of which concerned the Mueller report.

Moderated by Anderson Cooper, the town hall gave Comey the opportunity to present his thoughts on the Mueller report as a former prosecutor and FBI director.

After being asked about where he would draw the line between executive power and obstruction of justice, Comey did not hold back.

“So the question is, did the president act in a way that manifested a corrupt intent — not the discharge of his constitutional duties, but a corrupt intent to interfere with an ongoing proceeding or to intimidate or tamper with a witness?” Comey asked. “That’s a factual question. There’s a whole lot of facts laid out in Bob Mueller’s report that raise serious questions about whether there’s a chargeable case for obstruction and witness tampering against this president.”

“Do you think he had criminal intent, based on what you have seen now in the Mueller report?” Cooper asked.

Comey responded by pointing out that former White House counsel Don McGahn testified that Trump ordered him to fire Mueller and he refused and threatened to resign. That’s a “flaming example” of obstruction, Comey explained.

“It sure looks like he did in connection with a couple episodes,” he said. “The direction to Don McGahn to get the special counsel fired is, to my mind, a flaming example. And I know even the attorney general has said, well, what the president meant was, he wanted Don McGahn to convey his concerns. Well, really? Don McGahn went and called his lawyer, packed his office and said he was going to quit. I don’t think that’s the reaction of the White House counsel when it’s about conveying concerns.”

Former acting-Attorney General Sally Yates has also held up the McGahn example as one of the strongest instances of obstruction laid out by Mueller and pointed out that she has prosecuted obstruction cases successfully on far less evidence.

Cooper asked Comey directly if he agreed with a statement signed by hundreds of former DOJ prosecutors that Trump would be charged if he were not president.

“There are now, what, I think it’s up to 800 former federal prosecutors who have worked in both Republican and Democratic administrations who have signed a statement saying that Mueller’s findings would have produced obstruction charges against President Trump if he weren’t president, do you agree?” he asked.

“The President is not above the law.” Former FBI Director James Comey says the idea that the President can’t ever obstruct justice because he is head of the executive branch is just “crazy and a recipe for lawlessness.” #ComeyTownHall https://t.co/8Ponk93eAY pic.twitter.com/86LH55kzCA